How to set up blueprint to make a crow fly straight?

Hi, how can i set up my blueprint so my crow will fly straight (red line) instead of changing the height of the flight (green line) according to the terrain?

Pics did not load, but I sense we’ll need to line trace something, or rotate vectors. Hard to tell what’s needed with no visual reference or much more in-depth description. 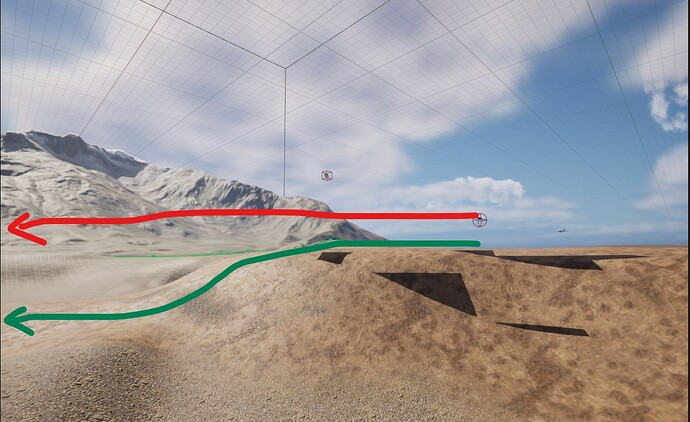 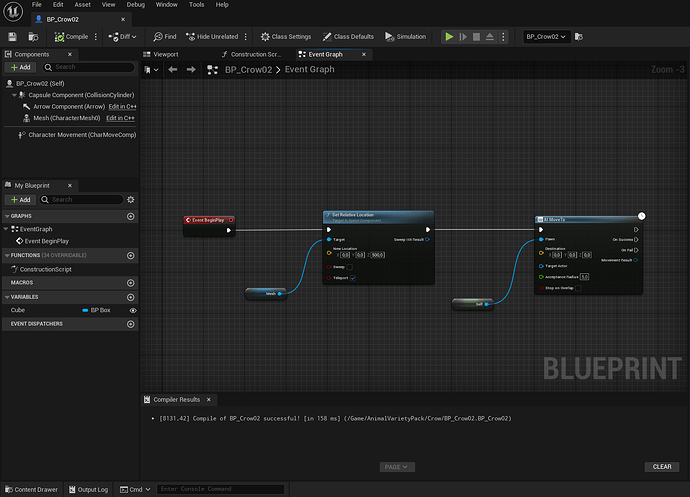 a yes sory. I attached level screenshot and my blueprint screenshot. So you are saying that i should for intance create a blueprint path and a crow will follow it?

Straight off the bat, I have questions:

If you must have the above 2 systems working, I believe that switching to Flying mode could work; but then again not sure how it would mesh with, ehm, nav mesh movement. You’d need to trace the ground ahead and look for slopes.

No, there is no reason why i chose character blueprint.
No, i just found out that “AI MOVE TO” may work but i did’t in my case.

I tried “move component to” but my crow is just lifting above the surface in one point waving it’s wings not moving to the 0,0,0 location and that’s it. 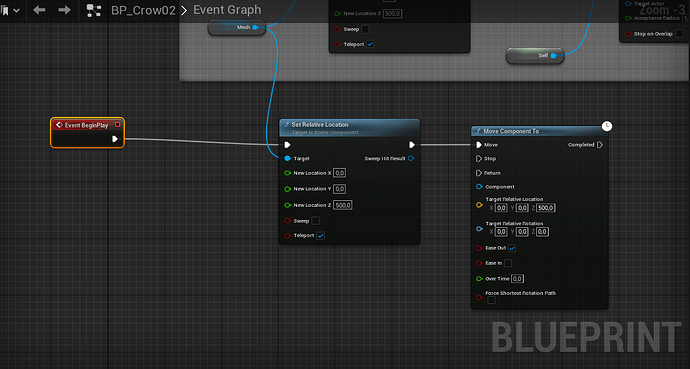 Do not use a character for this, create a simple Pawn or even an actor, ensure you are moving the component that is at the root or is the root itself ← this will become very important later on, and:

The above would move the actor 500uus in world X axis over 1s from where it is.

Apart from that, you may need to be more descriptive. We do not know what the end goal here is and how things are supposed to work; it’s, sadly, pretty much impossible to advise something more tangible.

For example, you are teleporting the mesh and then attempt to instantly move it up again without connecting the desired component? Really unsure what the intentions here are. Is this supposed to be a take off, after which we should go forward in the facing direction?

If you’re uncertain about the technical aspects, perhaps you could explain how this is supposed to work, the whole thing.