But doesn’t work. And I also tried there variants:

With and without -game, but nothing works. Any ideas ?

This would be really handy. I assume it’s still impossible to do? Did you get anywhere with this or request it as a feature?

Old post, but i just struggled with this and wanted to help out others in the future. I built my my project, made a shortcut to my game’s exe, and changed the shortcut’s target to include parameters. 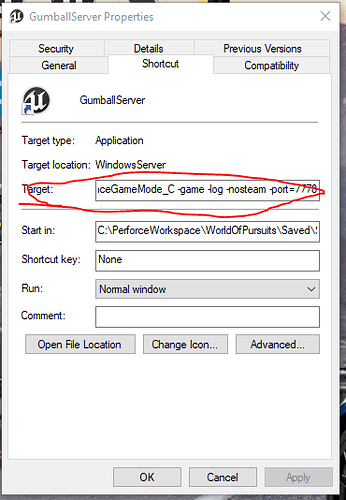 Hope this helps! You can also run a Client or WindowsNoEditor build this way