Pulling my hair out over this one as I’m used to Unity:

See this is what I tried to do initially, by getting the Y value of our Target and creating a vector out of it, I’ve tried a few other methods and I know this doesn’t work because pulling the Y value to a vector sets all 3 vectors to the same value for some reason.

Any ideas on how I can do this? I’m just trying to lerp between three different points while the object is constantly moving forward, but I want to keep my X and Z values from changing. 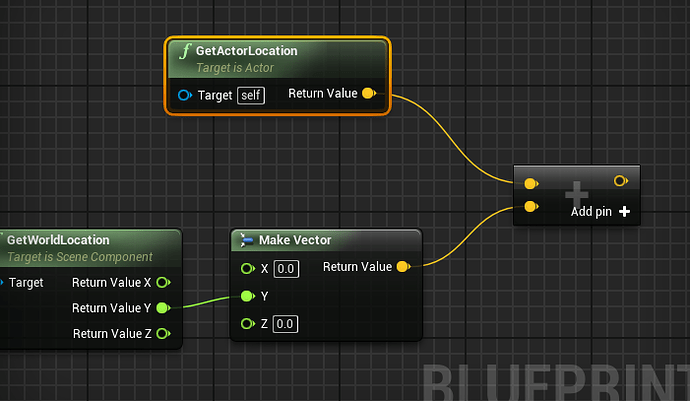 Thanks it worked! Saved me a lot of stress haha, I was over-complicating everything.