How to Rotate a Skeletal Mesh Attached to a Socket

I apologize if this question is really simple but I can’t seem to figure it out. When my character equips certain weapons, he holds them the wrong way. See below: 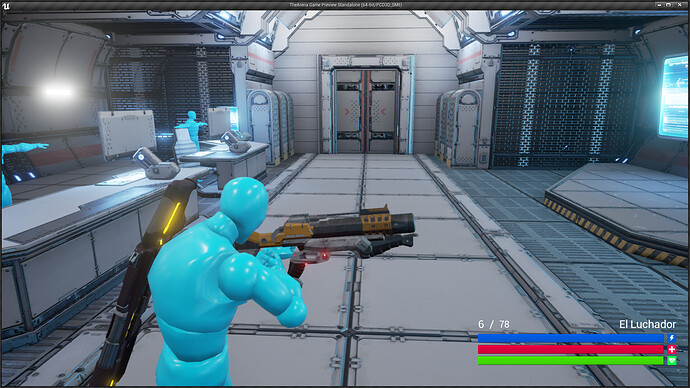 In the past I have corrected this issue by rotating the socket to which the weapon is attached to. I can’t do that for this now because the character holds other weapons correctly. In the blueprint, under the mesh component there is a section called “transform” which allows you to do rotations. However these seem to have no effect one you play the game.

Anyone have any idea how to rotate the weapon so it’s held correctly?

try to rotate it using setRelativeRotation.

If other weapons/meshes work/display properly then it leads me to believe that the rotation on the origin point of the affected weapons is different than the others. If you created the weapons yourself (or if you have the original 3D file) then go back into your 3D software and rotate the mesh on it’s origin to match that of the other weapons.

I’m sure you could transform the rotation of the affected weapons via code/blueprints but to insert a whole bunch of code for 1 or 2 weapons that are acting this way seems too much. I think your best bet would be to do as I suggest above. If that’s not possible then you will need to do a whole lot of coding to check/verify then rotate the specific weapon(s)… Or get/make different weapons yourself (assuming these were purchased or downloaded from someone else.) If you did purchase or DL from someone then let them know of the issue and hopefully they will update their products.

Yeah the problem is I have different weapons from different creators so their origins aren’t the same. I tried rotating the weapon off the “Begin Play” event node but it didn’t change anything. Should I try rotating it at some other point?

Okay so I figured it out, it was pretty simply. Of the “Begin Play” event node I just needed to add a 1 second delay to ensure the mesh it loaded before rotating.

Thanks so much for your help!