How to retarget a character to motion capture animation

Hi, I am trying to retarget character A to the other character B, which is linked to motion capture device, and I cannot make it work for some reason. I will very appreciate if you could help me out.

I am using Vicon for motion capture and my Unreal Engine version is 4.27.2. The plugin for Unreal Engine to link the motion is “Vicon DataStream LiveLink 1.5.1”, but I guess it might not because specific problem for those systems, but my inadequate understanding for retargetting.

From Vicon software, Shogun, with using plugin “Vicon DataStream LiveLink”, I could have linked and moved characters in Unreal Engine.

Then after, I wish to move other character in Unreal Engine, let’s say character B, by retargetting to the character A, which is linked to Vicon software.

I followed the same way of this document,

Breaks down the Retarget Manager options within the Skeleton Editor.

But oddly enough, when I use a character which is provided from Vicon software as character B, it worked well.
(of course, in this case character A and B are not same data)

In the mean time, I also had tried to mess out the setting of “Set up Rig”, but somehow the characters A and B have moved synchronously, even though the rig setting was incorrect.

If someone could tell me why this happens, it helps me a lot.
Also I hope to have reference documents or tips for retargetting character to another animated character witch links to motion capture, I will very appreciate it.

I haven’t worked with unreal 4’s retarget and have been doing this Unreal 5. I know it isn’t the best answer but have you tried Unreal 5 yet? Also, if you are tied to Unreal 4 I would highly suggest using Vicons Retarget software that comes with Shogun. It’s very basic for now but should get you decent realtime results without having to do much in Unreal: 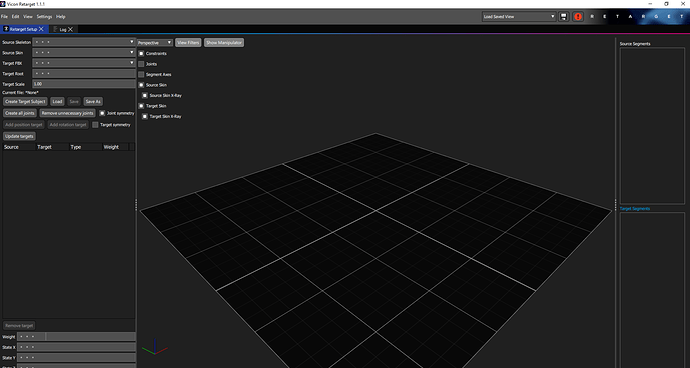 You can setup a basic retarget for any custom skeleton and stream that from Shogun Live or Shogun Post into Unreal. You would then just use an Animation Blueprint on the Mannequin and point that to the live link pose (if that makes sense).

My guess why it’s not working is that you need to some how link the retarget file you made with the anim blueprint, but again I have only done this in Unreal 5 and the workflow seems quite different.

Thank you for answering. It’s a great input for me that you’ve worked it out in UE5. And I agree with you, that the workflow between UE4 and UE5 seems quite different, I will definitely try it in UE5 since I have not tried it yet.

And I talked with my colleague about Vicon Retarget, and our team knows how to work on it, so if I will fail to retarget from animated character via LiveLink plugin, I will use Vicon Retarget! Thank you for your help.