How to recreate forward/back, left/right movement input for pawn

Hi all. I’m using a pawn which spawns motion controllers and want it to move exactly as the default third person character. When I move left or right (press D or A), the pawn turns left/right 90 degrees and continues running in that direction. When moving forward or backwards, if not facing in forward/right direction it will first turn so that is facing the right direction before running in that direction. My set up is as below: 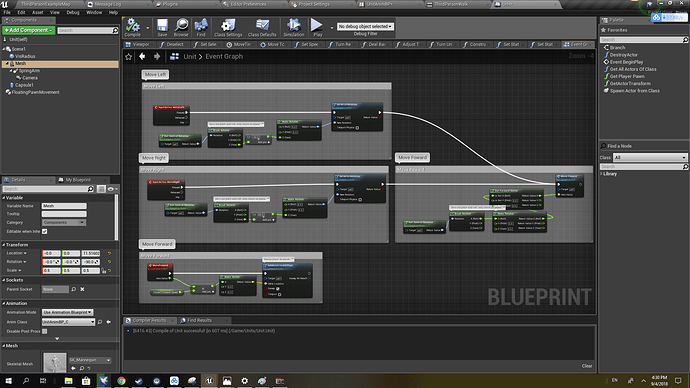 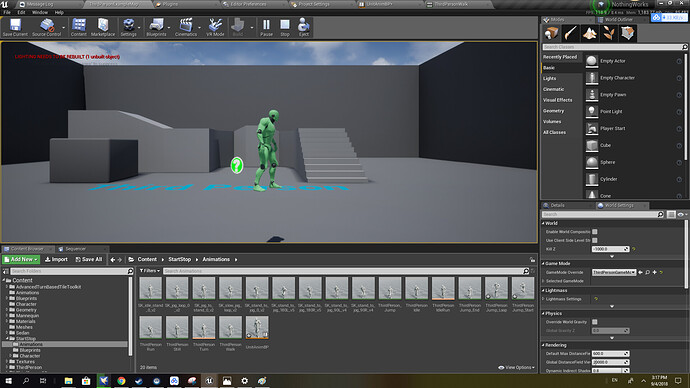 For the move forward, when the pawn is not facing a forward direction, I’m not sure how to make it first turn before facing forward and running in that direction. Any suggestions would be greatly appreciated. Thanks in advance. 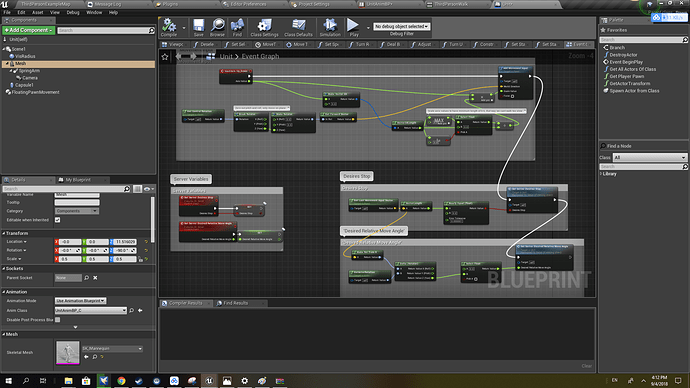 It seems that what you have here isn’t going to make the player move forward continuously because it is not an “axis mapping”. You are setting the actor rotation which will properly rotate the character to face the direction you desire to move in but then you call “Move Forward” which is a “Custom Event” not an “Axis Mapping” (note the Function Signature below it says ‘Input Axis’ Move Forward, compare this to yours) which means it will only fire once. So the player never really “moves” after that initial call. The third person character moves with axis mappings which means that as long as you are holding down a particular key the input will continuously fire. If you see from the screen shot below, the 3rd person movement is an “axis” mapping. For your implementation you would need to convert the forward movement script into an “axis” mapping, and while holding that button down if you then provided the input for a “turn” the player would turn but continue moving forward (in the turned direction now) due to the continued hold of the axis mapping button driving forward movement. 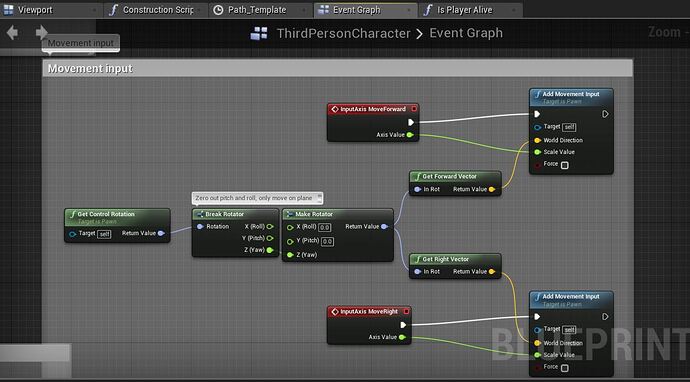 I’ll try and figure out how to connect it with the Input Axis whilst maintaining the 90 degree turn. Let you know how it goes. Thanks!