How to put camera following a npc while you controll your player?

So i have this playable character the I controll, but i want the camera to follow a npc instead of the playable caracter, how can i do that?

Each PlayerController has a ViewTarget. The ViewTarget is (confusingly) not the thing being viewed, but the thing that contains the camera being used.
So, you can do one of four things:

The call to make some object-containing-a-camera be the camera-for-a-player-controller is SetViewTargetWithBlend. You can set the blend time to 0 to make a hard cut, or provide a time when switching to “zoom” the camera between different perspectives. Although, if you switch perspectives, you probably want a specific animation for this, like pulling out/up, then moving to the next place, then zooming in/down, and you’d need more careful control to achieve that than you get by simply setting a blend time.

I cant find that ViewTarget anywhere, can you send me a screen shot pls?

I have this character that is a NPC: 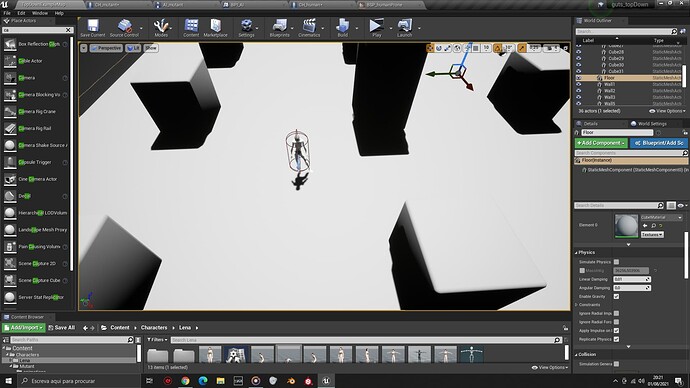 And the i have this camera that I want it to be always on this side of the square (arena) like a typical camera in a football or basketball game: 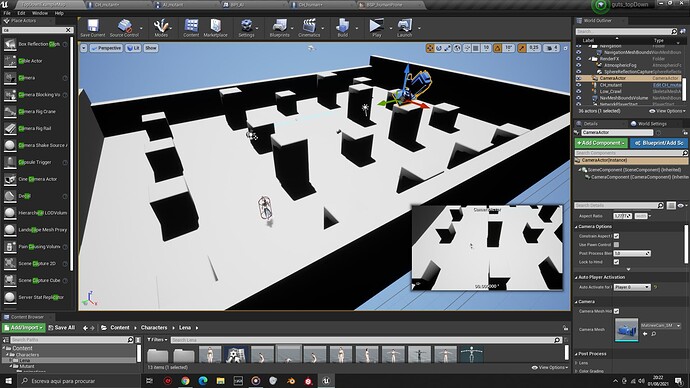 Hope I was clear. If you could help i would be really greatfull 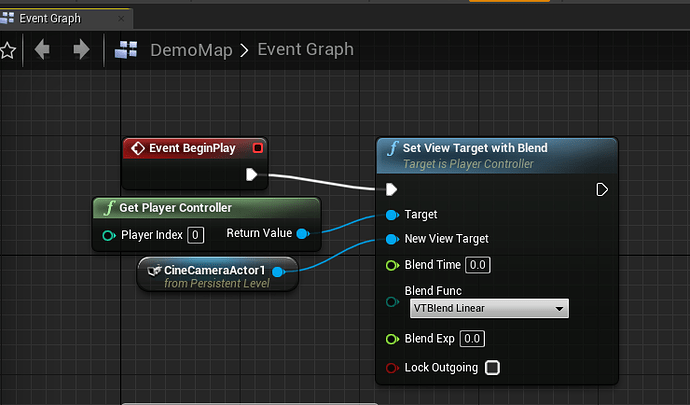 For the NPC you’re talking about, set up a camera component on a spring arm in that NPC Pawn, similar to how it’s done in the 3rd person player.
Mark the rotation as being in world space, not object space. Set it to whatever rotation you want.
When your playercontroller begins playing, call SetViewTargetWithBlend on the given NPC.

“call SetViewTargetWithBlend on the given NPC” this is given by the get player controller node? if yes how do i define/check the NPC index?

Nevermind i figured out. Thank you for the help