How to place 3d object on hud?

Is there a way to place 3d object to hud?

You could “cheat” and attach it to your camera

You can definitely move it, and there’s no reason it’d have to move the character as well. What is your component hierarchy? You have to make sure the character is not a child to the 3D HUD component

Drag the component under Camera and it will become a child of the camera. That’s probably what you’re wanting.

When in the Event graph, take the flag object from the variable panel on the left and plug it into Target for both Get and Set Actor Location nodes. 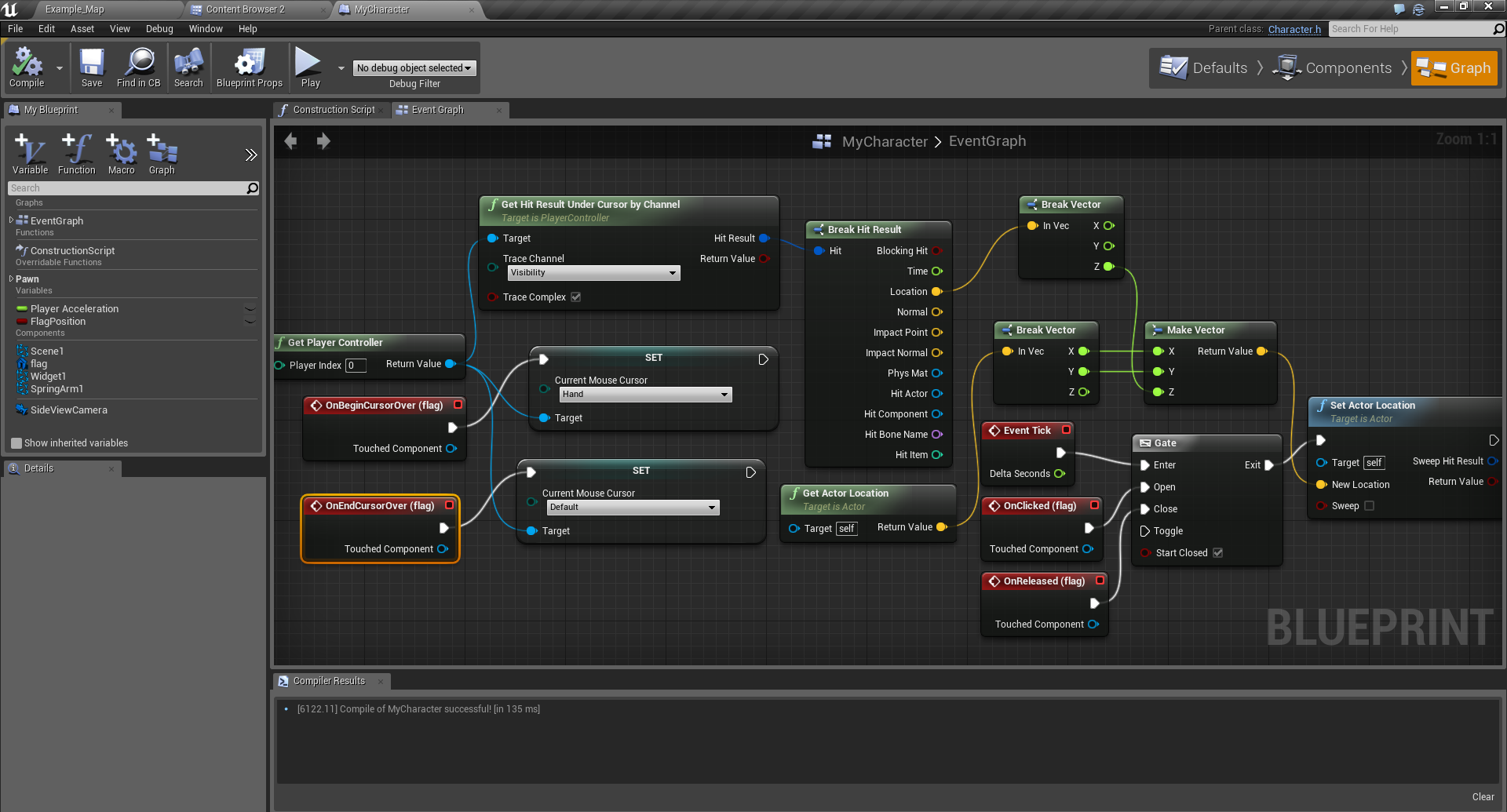 It dosent do the trick.

It dosent wok because i cannot set Get Actor Location and Set actor location target as 3d object.

I tried it in the first place. It saying “Static mesh component reference is not compatible with Actor reference”

And you cannot make actor reference to static mesh inside a character blueprint.

Probably the best way to achive it is to make separate blueprint with 3d object nand then make it follow the character. But i dont know how to spawn Actor at character location. Can you help with that?

I know how to spawn Actors with level blueprint. But this is different.

Try this out real quick, within the character event graph.

You would use these nodes instead

How should i connet this to the Get and Set Actor Location nodes? 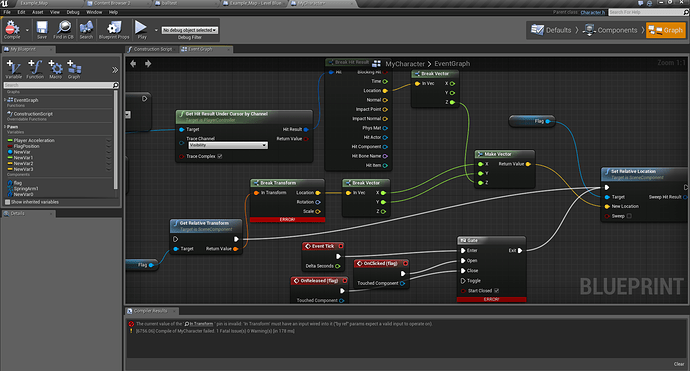 I put like so. Probably i am making something wrong. Cause i get an error.

Error The current value of the ’ In Transform ’ pin is invalid: ‘In Transform’ must have an input wired into it (“by ref” params expect a valid input to operate on).

Thank you. My bad, didnt notice it.

It is working now. I can move ball without moving character but now it dose not move, like it should be.

After i Left click on ball, it jumps over mouse and contiue moving even thou i released the button.
And when i lower the mouse to ground level ball hits invisible wall.
If i drag mouse all the way out to task bar. it jumps to next lower position.
And if i place mouse over wall hight level it jumps to it original place.

Yes you are right. Thank you.

Here is the new question topic. 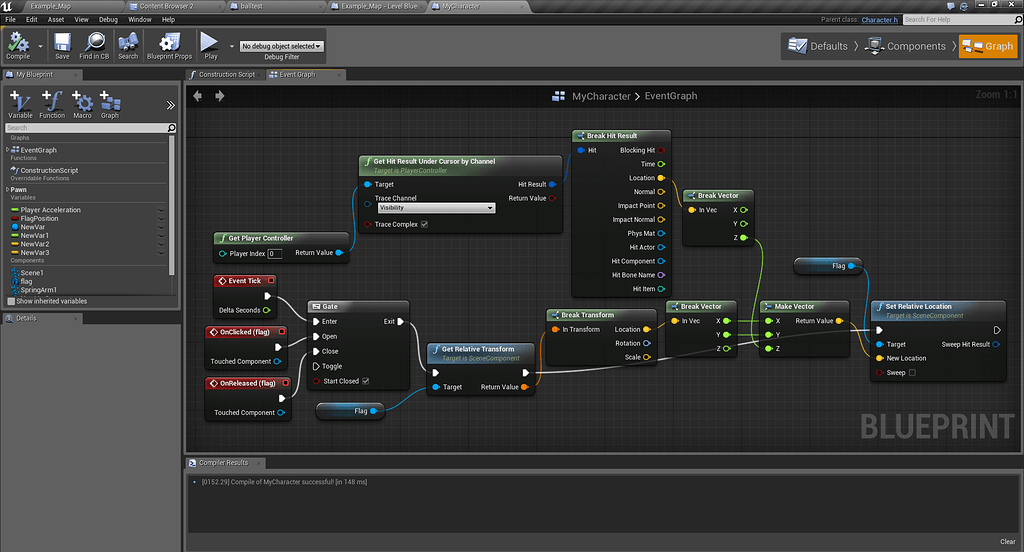 Inside Character blueprint i have placed ball mesh. And parented it to camera. The we created blueprint script that allow this ball to move up and down like slider with mouse control, while still remain atached to main character mesh. And now there...

I’m happy to help you out with that but it’s probably more appropriate to make a new question with that issue and mark this one as resolved, for the sake of anyone else seeking out a solution to your particular question.