How to make the first person projectile work for 3rd person?

Hey y’all, So i’m following a tutorial on how to make a turret here and the tutorial is for a 1st person game mode. Everything is working great but he uses a 1st person projectile and on my end it just spawns and doesn’t actually shoot at my 3rd person character?
Here are my nodes. 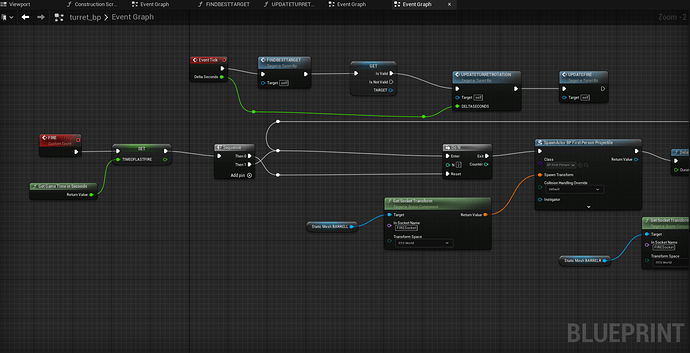 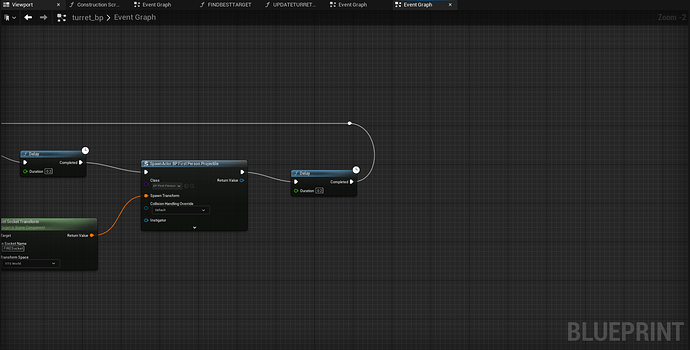 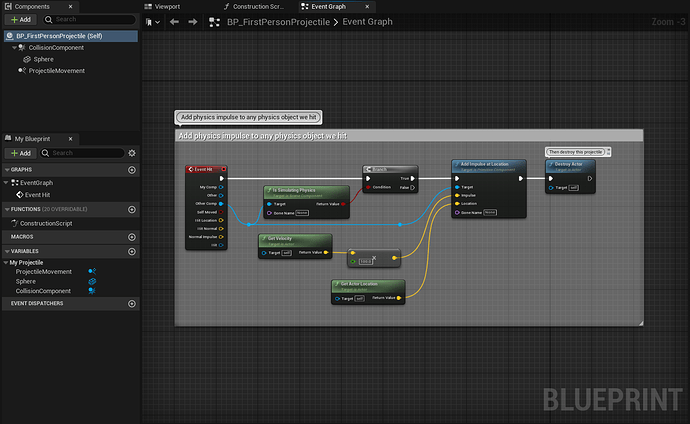 Hey @kimmyjimmle! Looks like your spawning logic is in order since you said the bullet spawns. Is the bullet just floating there after you instantiate it? Because if so it does require a couple of important things to make the bullet itself well… project.

Second: the projectile is simulating.

Last you want to make sure the bullet isn’t colliding with it’s turret barrel.

Let me know if all that’s good to go, and if you can show me the actual spawned behavior I can answer more specifically as well.

Hi thanks for getting back to me so quick!
Here is an example of what is happening, I have all the same details you have aswell, this is a real head scratcher. I moved the socket further out and still the same issue, so I don’t think its a collision with the barrel issue.

Hrm, that is a bit weird. It’s acting like it’s not simulating. So we’re gonna run through some stuff just in case.

The static mesh for your projectile ball is set to movable right?

Next, let’s check if the bullets actually default to what they are supposed to on spawn, when the game starts, let it shoot a couple of shots then pause the editor play mode then inspect the bullets. Check their velocity listed, the initial and max, etc. and that they were set to auto activate:

I have a couple more tricks up my sleeve but gotta determine where the blocker for moving is.

Hey Thanks for getting back, yeah it’s set on movable and auto activate is ticked under activation. I tried with the first person game mode and it didn’t shoot either?

AH HAH! I figured it out! I made a weird way of having different sound for different areas where I had BP actors with huge trigger boxes (I’ve been told I could just use sound attenuation) anyway the projectiles were colliding with that.


Is there a way to have this audio trigger box only affect my 3rd person character? 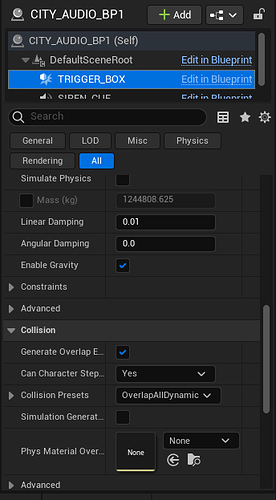 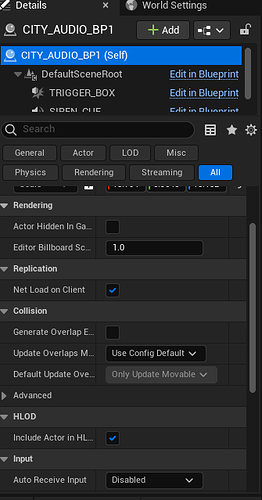 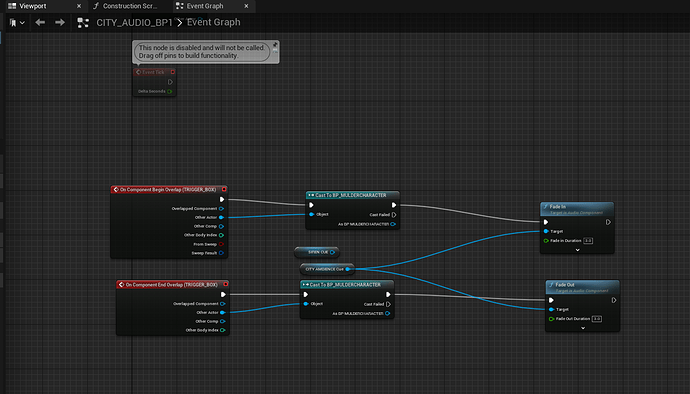 Haha no worries, I was going to surmise it was something external and have to put a bunch of checks/breakpoints/prints to get a full debug but I’m glad you caught it before I put you through it haha. So yeah this one’s an easy one. In your Trigger_box details, go down to collision, and to collision presets. I’d probably set it to custom and ignore all but pawns, and in your sound script, either do a cast to the player BP or a check on if it’s a player owned pawn. Would probably look like this: 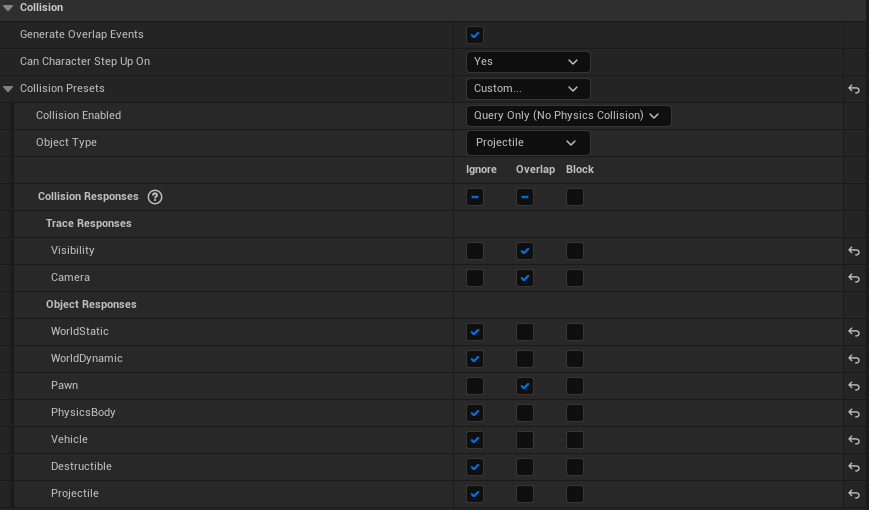