How to make character Run

Hello, I use blueprint from tutorial project (https://wiki.unrealengine.com/Videos/Player?series=PLZlv_N0_O1gZS5HylO_368myr-Kg2ZLwb&video=TinFTxeXDho).

I tried to make my character run, by using add force, impulse but none of that worked( Could anybody help me with that? 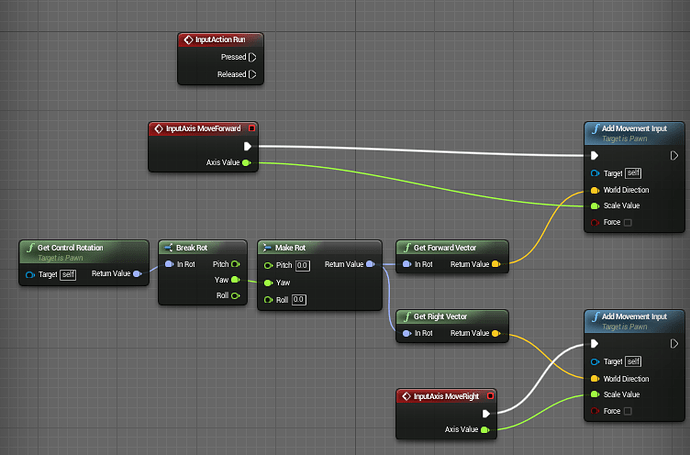 Just out of the blue, it would say:
Modify the MaxWalkingSpeed variable of the player blueprint. That should make him run, limp, whatever…

Your ‘input action run’ should plug into a ‘set player walk speed’ node. When it is pressed you ‘set’ the speed to your running speed, un-pressed you set the speed to your walking speed. Or you could use a timeline (I think) to slowly speed the character up when the button is pressed and then ‘reverse’ it when the button is un-pressed. Here’s the tutorial: Unreal Engine 4 Tutorial - Basic Sprint System - YouTube