How to make APEX curtain collide with an animated character?

Hi, I have a keyframed character skeletal mesh that I use in Matinee scene and I need it to interact with a hanging curtain when the character runs through it. I made it an APEX curtain, imported in UE4, ran simulation and it seems to be moving. But there is no interaction when the character runs through it whatsoever. Even though my skeletal mesh character has “physics object” with capsules among generated project files, I don’t really know how to trigger its interaction with APEX object. Does anyone know how to deal with this?

Hm, no one knows? I met one more guy who had the same issue, he never resolved it. It looks like the only workaround is to make any APEX cloth object in a scene, including curtains and such - part of a character rig. Although if multiple characters should interact with them, it’s not going to work. It’s really a shame UE4 doesn’t support physical interaction with APEX clothing. Unity for example does it really easily. Considering that UE has physix, apex, physical properties etc, it’s really strange.

What does it look like if you visualize colisions (pxvis collision)?

ok make sure you have created a physics asset for it (not the cloth part) , then you can try in the physics section ‘enable per poly collision’ , also could try in the mesh section 'full presision UV"
just trying atm and no joy, you might have to add a physics material to your normal material

Here, take a look. I have collision capsules both on a skeletal mesh and on curtains.
I enabled “per poly collision” and still no result. Also clicked “apply physMat to selection” in curtain physics asset, no result as well.
Here is a screenshot of my collision bounds. When I click “play” to simulate, apex curtain moves a bit like its should by a character just runs through it. No interaction. 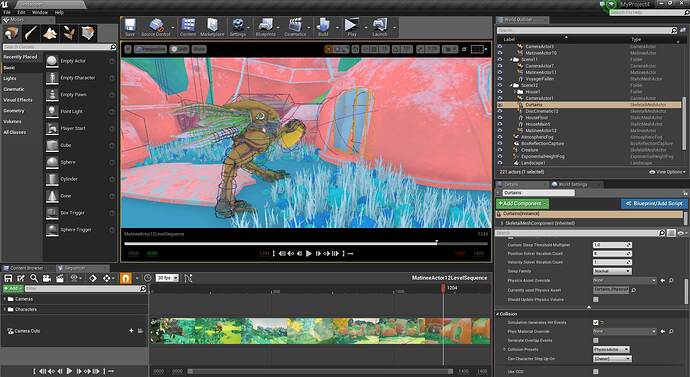 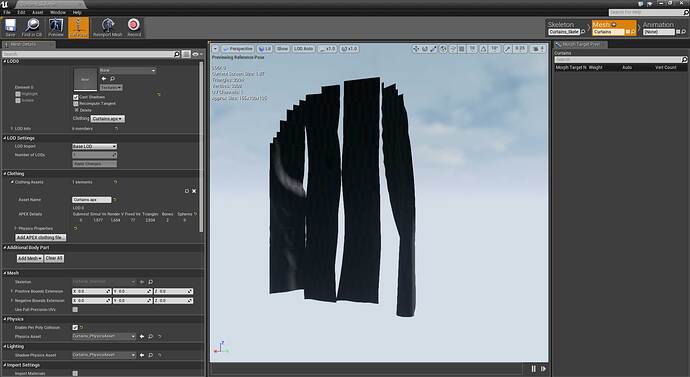 Here, take a look. I have collision capsules both on a skeletal mesh and on curtains.
I enabled “per poly collision” and still no result. Also clicked “apply physMat to selection” in curtain physics asset, no result as well.
Here is a screenshot of my collision bounds. When I click “play” to simulate, apex curtain moves a bit like its should by a character just runs through it. No interaction.

I would think that would work, There must be something else that’s needed unless this is a bug.

What happens if you give a plain box a impulse to make it move through where the curtain is?

No reaction whatsoever. I added a simple object static mesh, added capsule collision to it and animated it moving through the curtain. No interaction at all.

Does UE4 even has this feature? I never saw anyone using it. I only saw it used in Unity.
[spoiler] 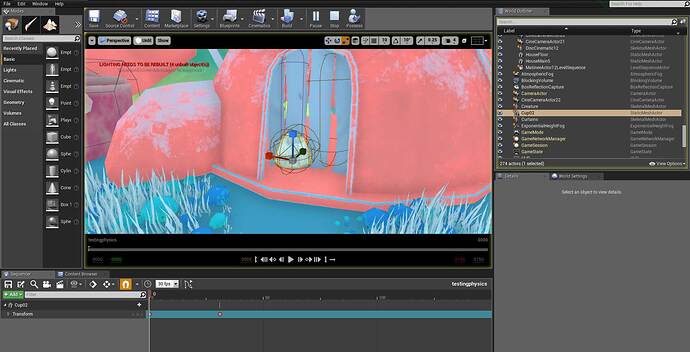 Oh wait! I just did something. I enabled “physics simulation” checkbox in curtain’s details. And now character and static mesh do collide with them. BUT they only collide with these two capsules, completely ignoring APEX system. Hm, is there any way to increase the amount of those capsules then instead if having just two corresponding to 2 bones that I have in a curtain? It would make them more flexible. I guess I’ll have to go to PhAT and create lots of capsules manually, since multiple convex physics asset can’t generate due to “bones are too small, you are using soft vertices” error.
[spoiler]

Ok, looks like I’m almost there. Apex work separately, but it’s fine. I created additional bones for a curtain and now it’s kinda interacting.
Physics behaves really weird though, I have no idea for a while how to make it non stretching. I managed to constrain top bones in place, but the ones below stretch and act weirdly. Does anyone know what settings should I change?

PS. Nothing seems to work, physics just act super weird - stretching and flying around in phat. My scale is in order, there are only few bones, I played with settings too, nothing helps.
Here is a video showing the problem and also asset files - .fbx and apex file for it. Maybe if you could take a look, you could tell what’s wrong with it? 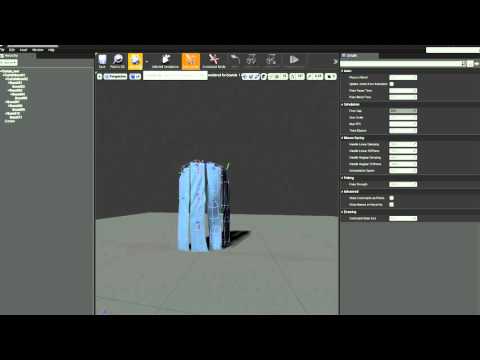 Duh, Completely forgot about this.

The “Content Examples” item in the “Learn” tab has a map that shows APEX cloth interacting with physics objects.
The content examples is ~2GiB’s for 4.10 BTW.

The example has a animated mesh with APEX cloth attached
Some quick check of the setting(s):
Clothing has a “.apb” collision assigned there.

Ok, I’ve got some results with the previous attempt to play with physics object. The reason I had that crazy flying around and stretching was because I set top bones as “kinematic” in hope to keep them in place. I had to make them “simulated” instead. In fact, that goal is achieved differently, by using “Physical constraint actor” and attaching an object to the bones I want to keep in place. I played around and it looks like everything works as needed, I can skin as many bones as I need to achieve cloth effect.
But, it’s not going to be true APEX, it’s going to be regular physics + some of the APEX movement.

Now as you mentioned that example and also .apb extension which I didn’t use, I might want to try that and maybe that will do a thing. I will check it out a bit later and let you know if I got any results so far.

can you give me some screen shot or Detailed tutorial to know how to do it?