How to make A world or more with Space

I’m trying to make a world, but I have several problems.

The first case is easy to think of something, Such as a “sphere figure” within another.

But if you want to make a very large, the editor does not support many polygons geometry and speed worsens or AT LEAST not on my computer.

In a very large map with many worlds it is not feasible.

In the secondcase would be a bit more complex, it would merge point “start” point of land with “final” to create a finite / infinite map. So if a player turns returns to the beginning, hopefully.

But the downside comes When the user goes into space, you will not see anything under the ground, Then We Have to make 2 sides of the world (A, B), “A” will be the top and “B” will be the bottom, we Could Say His reflection.

I would like to know what you think is the best way to make 4 Planets i space, living by the player (with STIs is, light, trees etc.)

I put an image 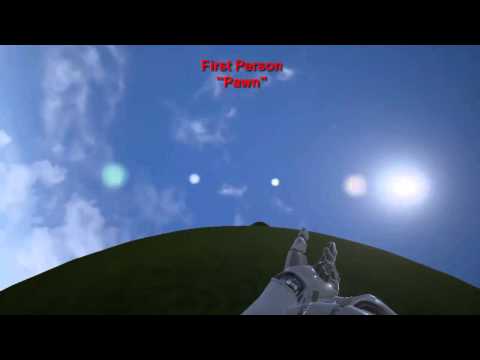 Do you want to make a huge planet that players can fly down and walk on? There are a couple ways to do this:

If you have specific locations players can jump to, you can mask these locations with a cutscene of the ship flying down, and another one for going back up again. Many games do it this way: Metroid Prime 3 had awesome cutscenes which not only masked loading times on older hardware, but served as a smooth transition. In that game, the planets in space were actually drawn into the skybox. There was a looping scene of the ship flying through clouds, then that would cut when the level loaded, and the ship would be seen flying down to the ground. Unfortunately, you can’t freely fly off the planet and back on it, but it saves a lot of time and headache. Most gamers do NOT want to waste that time flying from one planet to another.

If your planet is small, geometry would be good. Many games from Ratchet and Clank to Super Mario Galaxy have real planets you can jump off and fly to. Just use LODs for when the planet is in the distance: up close it might have a million polygons all together, but farther away you can cut this down to 500. Split it up into separate sections and craft the world. When farther away, hide AI and cull foliage. Remember, if it looks right, it is right. It doesn’t need to have millions of polygons to look “right.” It’s a video game. Make low poly models, fill it with gorgeous lighting and dress it up: nobody will care if it’s not absolutely 100% perfect.

If the only aspect you’re concerned about is the atmosphere, there are several ways to handle this. While it is a bit expensive, you can use a spherical fog volume for something like that. That would be much cheaper than using a separate translucent mesh, I think. It would definitely be more accurate.

First thanks for answering

To make a sphere I have problems, you can help me get my bearings?

If I use a sphere (BSP) in many polygons, I can not paint properly, and if I use a mesh statica, I can not change it. (subtract or editing poligons) …

Note : Now I don’t want use maya/3dsmax/blender , I think that Engine is a powerfull editor.

Um, I’m afraid those are your only options. This is a realtime video game. While there are some very, VERY experimental developments in things like volumetric decals to generate 3D objects from algorithms, you’re stuck with whatever can be done with polygons.

Also, BSP is highly unrecommended for complex shapes because there is a separate material draw call, lightmap, and UVs for each face. A static mesh with LODs is your best bet. Unreal Landscape is not made to be molded into spheres, but you can achieve something like Super Mario Galaxy with LODs.

I have solved the problem, thanks.

I have solved the problem, thanks.

Do tell? Interested in learning how you resolved this issue. Thanks.

Same here, very interested in this. I’m looking to get active ground and skies and also some of these craft would be space-faring so perhaps LOD and transition to a pretty disc in the rear view would do it. For descents a grid of heightmaps where at most 4 will need to be loaded in detail at landing (at corners). No need to have an actual bsp sphere as a planet when representations of heightmaps further away can be made to add to the vista at height (some method of minimizing the load like adding them to a horizon skybox). The heightmaps would be representative of a sphere though, resemble it at distance yet be made of UE cubic maps.

This all sounds quite viable to me but obviously needs refinement and probably new scripting to get good transitions and sounds weighty on RAM and frame rates. What do others think?

It just occurred to me, if you’re going to be converting heightmaps and features in to paintings on skyboxes then there’s probably a sweet spot of height from the terrain for the ‘simple transition’ of the ground as part of the skybox, probably best at a low height too. How amazing if that is the answer to most of UEs outdoor woes, the player perpetually in a skybox where detail is efficiently and seamlessly integrated, as opposed to having the entire ‘map’ and contents rely on occlusion. Does anyone feel this change in format would be worth the results? It would be a special addition especially for outdoors but UE designing would otherwise remain the same. Does it warrant effort put in to making a standard here? Definite +1 from me, even something similar designed for outdoor clientside efficiency in the engine that should also improve server-client efficiency (although I find UT to be very good at this already).