How to make a level open after level sequence finishes?

For reference, this is my blueprint.

I did a bit of experimenting with UE4 and decided to make a map open after playing a level sequence/cutscene by adding an open level node after the Play node. It works, but the cutscene only plays for a second or two before the Example Map opens despite being longer than a second. How do I make it so that the cutscene plays all the way before opening a map.

You’ll need to bind to OnStop rather then the pin directly after Play(). Something like this: 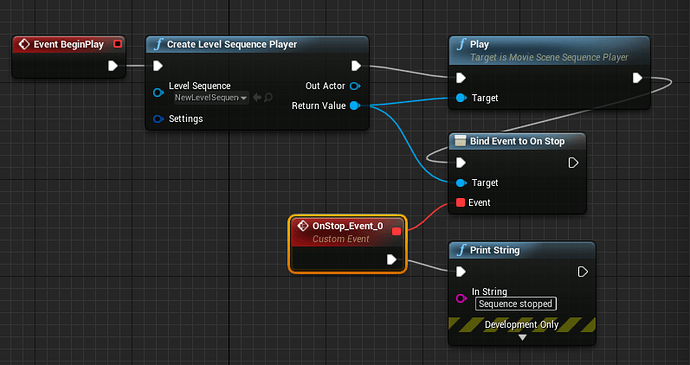