How to make a countdown timer appear if variables are stored in level blueprint:

Thanks to people that said create variables, then kick those out from the level blueprint.
No casting needed.

a move object to goes off real seconds, so it’ll hit your fast 3 second time that was actually 9 seconds and you’ll be racing 3 seconds when you actually ran 9 it just counted slow for you. Using milliseconds runs it in slow motion basically, while only counting seconds give you most accuracy if you do delay + or time set +.

UE4 How to make a countdown timer using timeline node 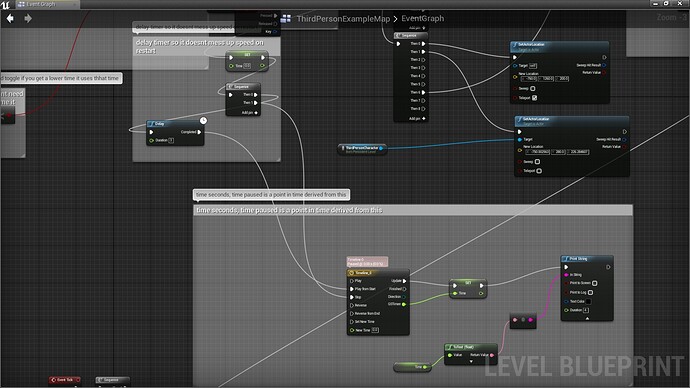 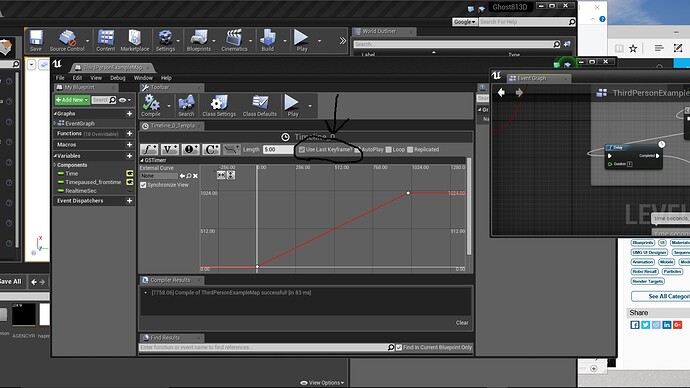 basically on the widget have to make seperate versions for phone or recon jet, and 2 text in my case on the widgets for each resolution collapsing 2 and showing 2 others for each resolution because my timer wasn’t showing up for really low res the text blocks i had just glitched out so I just unconnected them until I needed them to export for phone. 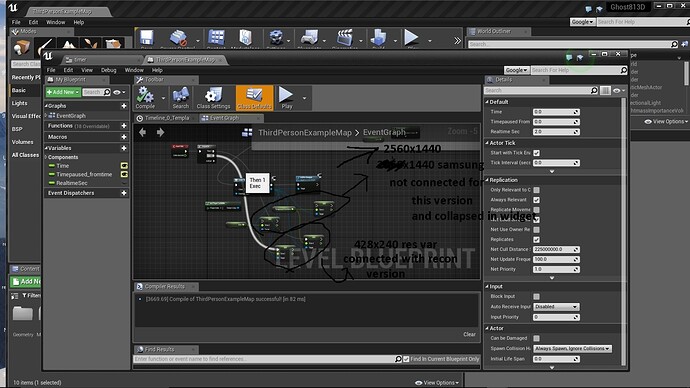