How to make a BP with multiple meshes destructible?

Does anyone know the easiest way of doing this?

You could set them all to simulate physics and add a radial force in the middle to blast them all apart. When you add the radial force component make sure to uncheck the box for Auto Activate then setup your BP like this for the blow up function: 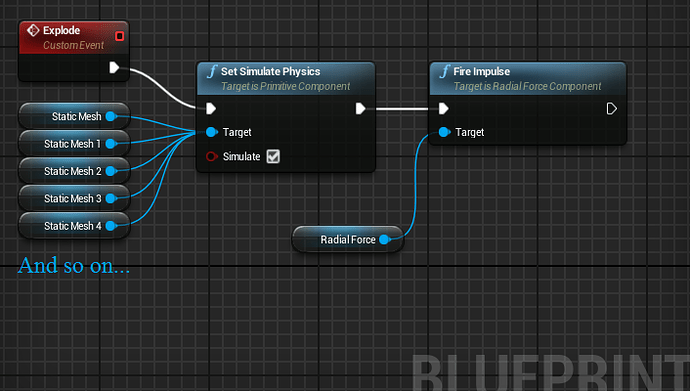 Awesome! Took an hour of tweaking and fixing some issues but finally got it working, thanks for the help

I just had one other related question in case you know.

Is there anyway to tell the radial force component to only deal damage to destructible actors within it’s own BP?

Not that I know of but you can lower the radius of the radial force…also the flying debris may also be causing damage to the nearby DM…do they have impact damage enabled?