How to let a character jump in top down mode in UE5 using Enhanced Input plugin? 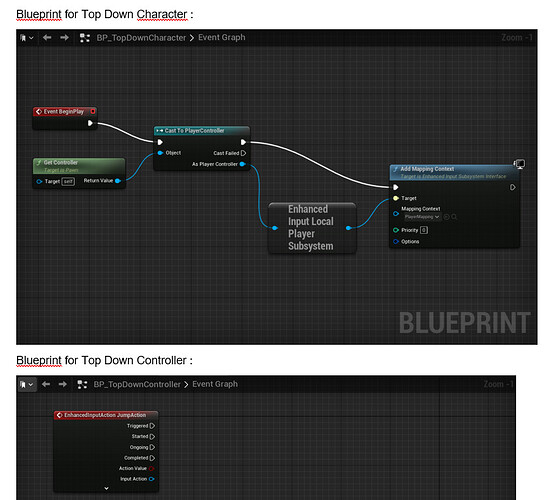 Hey there @EclipsedEchium! Since you’re starting from the base player controller for the top down project, setting up your jump is easy! It’s already built in to the character controller, you just need to make sure it’s enabled and then call it! 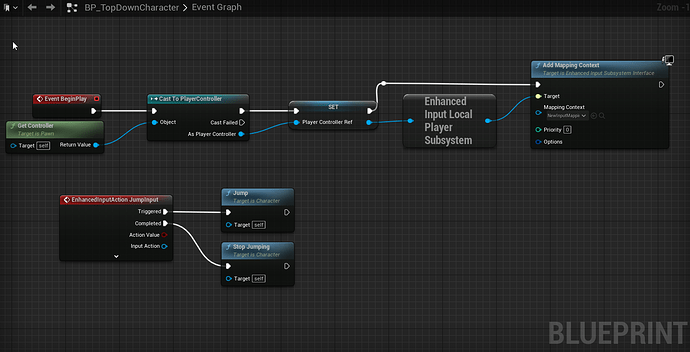 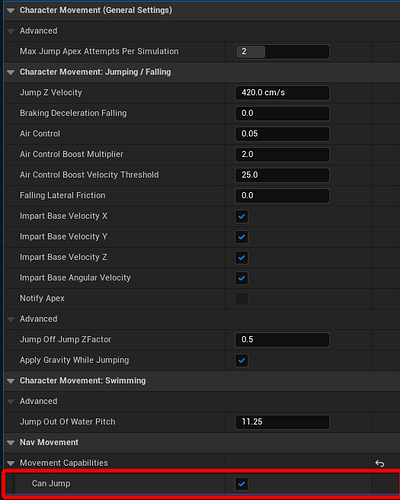 Thank you, SupportiveEntity! I was able to add the Jump and Stop Jump nodes in the character’s blueprint. I also made sure to check the Can Jump checkbox. For some reason, the character is still unable to jump with the space key. I’ve attached some pictures of what I have so far. 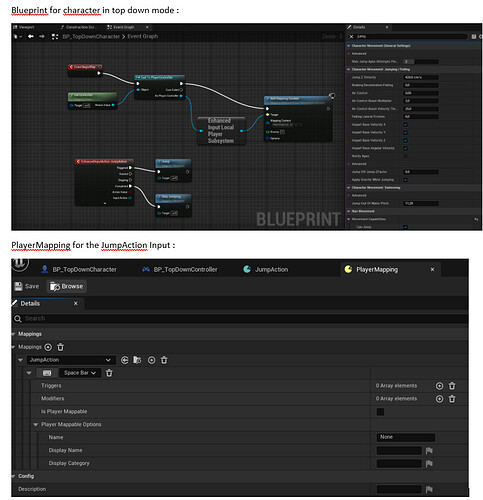 Could you pop a print on the end of your jump command and also set pressed and released triggers for the input action itself? May we also verify your project is set to be working with the enhanced input system?

Thank you so much, SupportiveEntity! I was able to let the character jump with your help.

I went a step further and added a double jump.

Awesome! To let you know though, there is a double (or multi) jump feature built into the character controller as well if the launch feels too unwieldy! That’s where the Jump and Stop Jumping nodes intersect with the character class!

Thank you for letting me know! I think I might change what I have and use the built-in multi jump feature.