How to keep other struct values default after splitting it? 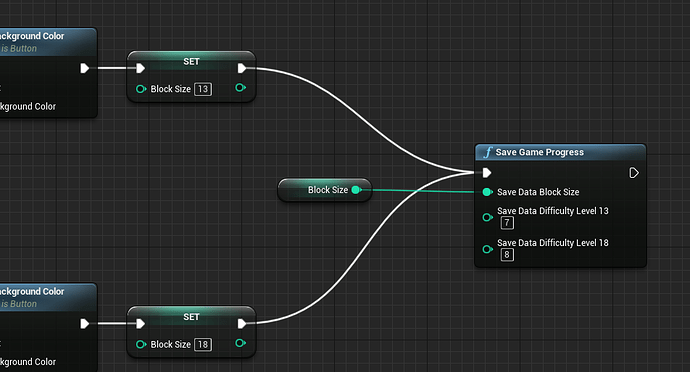 I have a function to save my game progress.

It has three integer inputs stored in struct.

If I try to change one of it like Block Size as above, then I will also end up changing other two which I don’t want to do.

I want them to keep them as default if I don’t set them to anything.

How can I keep them default?

If I leave them as it is, then whatever value are here will get updated in my save object.

Sorry for asking stupid question again. But what if I don’t have struct Ref? and have one int element of that struct? Is that even possible or should consider another approach?

If you don’t have a struct ref, you don’t need to do this. Can you explain a bit more?..

For example In above image I want to add block size to that object but I don’t want other Integers such as SaveDifficultyLevel13 and 18 to change.

That’s what ‘set members’ is for, you can select which ones you want to change, the others stay the same…