How to keep a linetrace going?

How do i keep a line trace going after i start a level (or more specifically after an ‘enter’ animation plays showing characters ‘entering’ the area) and give hit data. In this case to spawn a glyph particle that revolves; which i have code for, the linetrace just clicks once when i hit the grip buttons and then remains in that spot (even if i click again and just creates another), and then each glyph draws in two separate pawns that are the actual ‘characters’ (you are really just a pairs of marionette wands and a camera that floats behind the characters).

New control method i’m working on for VR games. i think it’ll bring back that feeling of ‘G.I. Joe vs. Godzilla’ action figure fights as a kid. and its my first real milestone. i’ve opened enough doors and transitioned enough levels…

Some images, ask me for more specific things if it can help: i’m not sure what is important yet.

Telling the event to trigger when i click the grips because i haven’t figured out how to make it constant nor automatic yet. 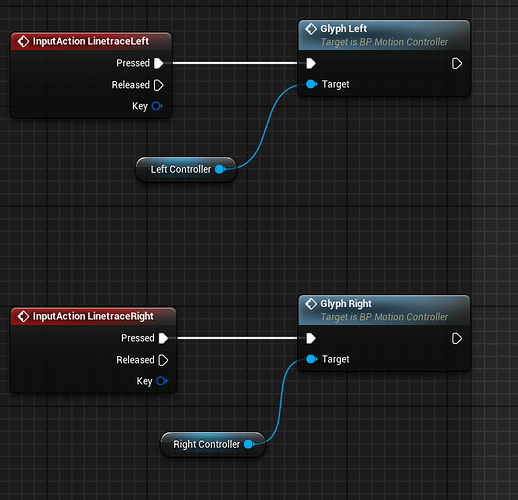 Glyph to lure in characters. no characters to draw in yet, will implement after i get it to hit the right spots, ie places they can get to (which i guess means it shouldn’t just be ‘on hit anything below’ but only navmesh that the pawns can walk on or jump/ climb to) 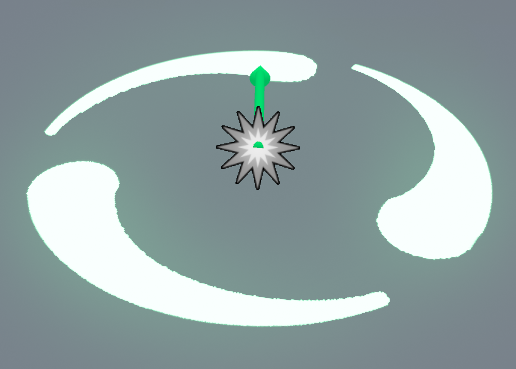 Thanks to user Everynone for his help getting the line trace to go downwards instead of out.

How to keep a linetrace going?

Put it in Tick or Axis Input, or timeline, or timer. You can open / close a Gate with triggers so the linetrace keeps firing every frame for as long as the trigger is Pressed and gate if off once it has been Released.

At the moment you’re using Input Action, if you set it up as Input Axis, it will tick every frame.