How to horror character

I am working on a secret blueprint feature, which will hopefully scare the **** out of people.

The problem is: What is scary?

What you consider frightening may not be the case for another person.

So, which character was able to freeze your blood? You can name any horror film character and naturally also horror game characters.
It would be great, if you could describe, why your listed characters are insanely scary.

I hope it will be a great discussion, because it probably can end up in the blueprint :).

A character doesn’t have to be scare, the environment it is in will determine if the character is scary or not.
Take a clown for example, you can make it happy by placing it in a pleasant environment such as a party. But when you take that same clown and put it in an abandoned hospital which you’re stuck in, then it will have a whole different context. Not because the clown is scary, but because you made the player believe that it is scary.
Find out what things scare people and attach that to the image of your character. Give people a reason to be scared of it, instead of making the character visually scary. Look up level-design principles, how certain groups of people are being raised to give the proper scare to the right audience, what is embedded as scary in a certain culture? And why would you be scared of something if you don’t know it?
In a nutshell: Find a theme, search for the thrill or horror in that theme and design everything so that it complements your design, level design wise and game design wise.

I agree that the atmosphere is the most important aspect of a horror game. I am also not a amateur in these kinds of things, because I made a couple of prototypes (even one in UDK). But without a character, which has some certain features/functionalities, there is no progression or scare factor in it. The atmosphere can be great, but there is always a force, which needs to put a character in danger or atleast hurt him. If it wouldn’t be the case, the player has nothing to be afraid of.

I dont know why (probably because of the way how he moves, reacts and also the strange look of him), but with the atmosphere and the effects everything was super scary.

Ah, thanks fighter. So jittering movement is something you feel uncomfortable with? So movement itself is an important aspect?

If the above are true, then I have something to work with. Thank you for your information. It helps a lot :).

Ah, thanks fighter. So jittering movement is something you feel uncomfortable with? So movement itself is an important aspect?

Yep movement is important. Imagine a zombie that just walks like an ordinary human…in my opinion they wont be so scary anymore

Also zombies have never nor shall they ever be scary.

I agree with the guy who mentioned the atmosphere is very important. On that note, I remember Pyramid Head of Silent Hill scaring me, especially due to the environment.

Thanks guys for the information. I think I am heading into the right direction. This will improve things a lot :).

And zombies are not scary anymore. They are overused and if someone wants to make a new type of zombie, then it needs to have a different feature set. It must be reinvented, because the old zombie idea is dead.

Regarding the blueprint: I am creating a ghost blueprint, which can teleport in any rooms. It just needs the constructed blueprint waypoint node, so it can spawn in the according room. The AI will be pretty advanced, because it will be able to toy with you or hurt you. It behaves differently each time and it will have a lot of options to interact with the environment.

When I think about it, it looks like a newbies plan with a lot of ideas^^. Trust me, I am no amateur in blueprint scripting xD.

And zombies are not scary anymore. They are overused and if someone wants to make a new type of zombie, then it needs to have a different feature set. It must be reinvented, because the old zombie idea is dead.

Zombies will never be dead (merely undead), but they were never scary in a horror sense. The public goes through cycles in the manifestation of their monsters based largely upon the cultural zietgiest. What is happening within society directly effects the type of media consumed by individuals. Zombies are ever present due to the ease at which they can be adapted as a metaphor for other more latent fears (read: “fears” not horror). Zombies typically are stand-ins for real people and cause for you to fear what they represent not what they actually are. In many recent media of the past two decades fears of Communism, Consumerism, and other -isms which zombies have represented in the past they have been utilized to look upon us ourselves with zombies merely the disaster and the real antagonists being other humans as part of modern white guilt. So zombies as a monster are extremely malleable and for this reason they may wax and wane in popularity, but they will never die. Zombies are eternal.

Here’s a good video on how to use symbolism, which should be a LARGE part of a horror game enemy, in my opinion.

Lighting and creating an atmosphere…thats how most of the 80’s movies were created, to also hide the non-perfect quality of their creatures…and it worked…a lot 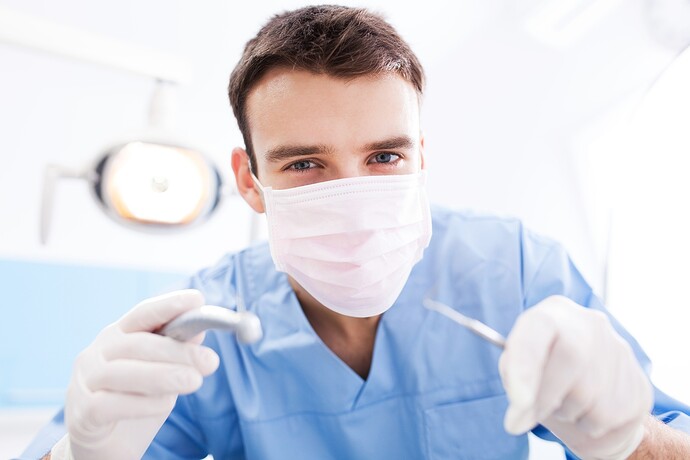 Like everybody has said, atmosphere is super important, be it visual or auditory. I think you should draw inspiration from other horror games that have great atmosphere, like Silent Hill, or even Slenderman. The characters themselves are more just there to support everything around them. Look at something like Amnesia, you don’t see the monsters so much as you’d like to, especially the water monsters, they’re totally absent in looks, but they’re easily one of the scariest antagonist characters I’ve ever had to face in a game.

Things like the lack of visibility, the sound design, even how the character is controlled will count for more in my opinion. I think really hard controls are a bit of a risk but if that’s something done on purpose to make things harder, a lot of people can be a lot more forgiving for it.

@Maxi: I am not scared of the dentist (as long as I don’t have to get fillings, because it can hurt), but I got an idea out of your dentist picture :). Thanks.

@All people mentioning atmosphere: Yes, atmosphere is very important. The truth is that you need something/someone to convey the scare. A game without danger is pretty pointless if you figure out that there is no danger. The thing I am after is not something regarding the atmosphere, but rather the abilities of the (horror)character itself. If a character has multiple options to toy with people, it can improve the scare factor and add in more to the atmosphere. I am creating a ghost, which will be able to perform a good deal of actions.

I have now a good deal of design ideas and functionalities in mind. The problem is mostly that I need to know beforehand, what options the horror character needs to have (or I have to do the modeling, texturing, rigging, weighting and animation process over and over again).

That is why I need input from you guys. I alone can’t decide what is a scary character or not. So your opinions are a great help for getting as much input as possible :).

Thanks to all responders for your answers! I appreciate it.

I think that Lisa from P.T. is a pretty terrifying monster.(Those creepy moans :eek: )