How to get a reference to a variable allocated in actors from an array: EQS

Hello!
So I have a minion, which is controlled by a Behavior Tree. The behavior tree has a Blueprint Ai Task that runs a EQSQuery around the minion, to search around him in a radius. 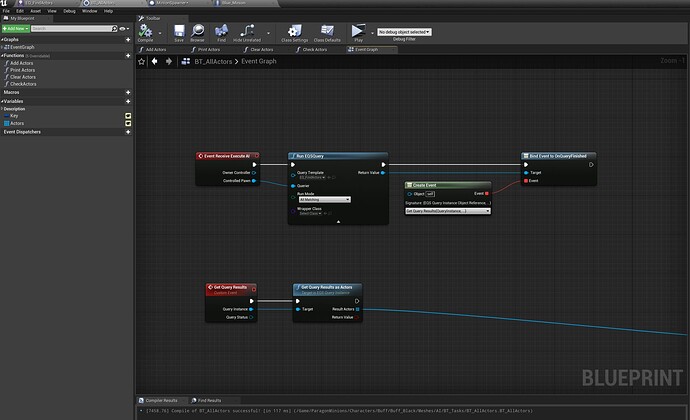 BluePrint BlueprintTask1920×1171 124 KB
I have that query result that is being added into a array. My goal is to have a integer variable in all the actors, which will be sorted by importance in the array. That way the minion will know which target to attack by importance.
The problem is that I don’t know how to get a reference to that variable. I tried some stuff i found on the internet but it won’t let me access that variable.