How to export the texture from World Machine?

I’ve been playing with World Machine lately, but I can export only the RAW16, is there a way to export high resolution texture too?

I’m only guessing here, but do you have the full version? If not, perhaps it doesn’t allow for you to export the hi-res texture?

I think he means the color map? Have you tried looking at the example splat map export files in the examples dir?

The WM forums could help too.

It states quite clearly on the World Machine website that the standard free version only allows 513x513 max image exporting.
http://www.world-machine.com/download.php?page=compare

That limit is for any image, height map or splatmaps.

However, after I build the terrain and all… how to export a nice texture? For an example, I place colorizer or something then bitmap output, but… doesn’t look very nice.

It can but I don’t think you’ve really looked into it. World Machine has a very detailed reference page you should definitely check out if you plan on using World Machine to do anything.

With that being said I’m not sure if you are wanting to export a texture to go over you entire terrain or a splat map to use for placing textures. The former is a bad idea if you plan on the player being close to the terrain.
UE4 only supports 8k textures and depending on the size of your terrain it is most certainly going to have awful resolution. If you are just hard set on it though you need to make a bitmap output for the overlay view. Look in the World machine example folder for “Splatmap Converter”.

The second way of using a splat map is a little more complicated but gives better results. There is a good tutorial here.

Thanks a lot for the info, I’m just overwhelmed with everything side I have to learn with EU4, that… I really have to spend few days so I answer my questions…

So at final, world machine can be used for beautiful detailed textures as well? Or I need other source for the textures?

Hmm, I’d say that does not use the textures from worldmachine since they are actual textures and not just colors. Here is a picture of a landscape I made. The small one has a overlay of 2048 and the big one I’m painting with textures. Hope this helps.

And want to apology to everyone in the thread for sounding like a typical spoiled want to have / don’t want to do person… really in my project now I have to handle the landscapes too, which is… just too much.

Don’t want to open a new thread, someone knows why these black spots appear? 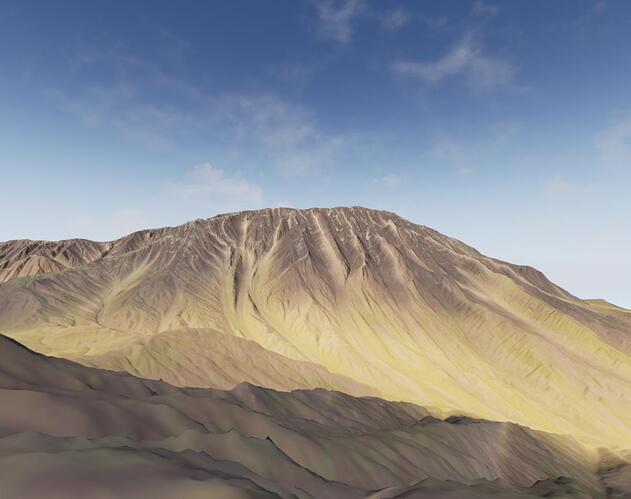 Looks good. What technique did you go with? I think the spots might be lighting issue.

I’ve just exported the texture and created a normal map of it, then placed it directly to the Engine, the other things still looks very complicated to me

the materials the most