How to export an asset that's made up of multiple parts?

i often model an object as multiple separate pieces. do i have to join them and unwrap them in one go or is there another option? sometimes I’d like to preserve the UVs or the object separation in my 3d package.

(sorry forgot a “to” in the title)

that’s what I usually do but you don’t have to join them together, I cant really be more specific as it would depend on the model and what you’re trying to do with it.

(sorry forgot a “to” in the title)

You can unwrap them separately and combine after, UVs should be preserved if you don’t modify the topology. Make poly groups and assign different materials to different groups if need so. It will also enable you to easily select and detach any parts you want. All that depends on your 3d package of course. Or you can export them separately and put together in the engine, it really depends on the nature of your project.

The most issues I’ve ran into was when I had an animated skeletal mesh comprised of multiple objects, they all would import as separate assets each with it’s own skeleton and physics asset, that just produces a lot of clutter. But there are ways to combine those too, I just haven’t tried it yet.

thanks for the replies and the title fix

Lets take a specific example. I have this chair which is composed of multiple parts as shown. I’m using Blender as my asset creation tool. 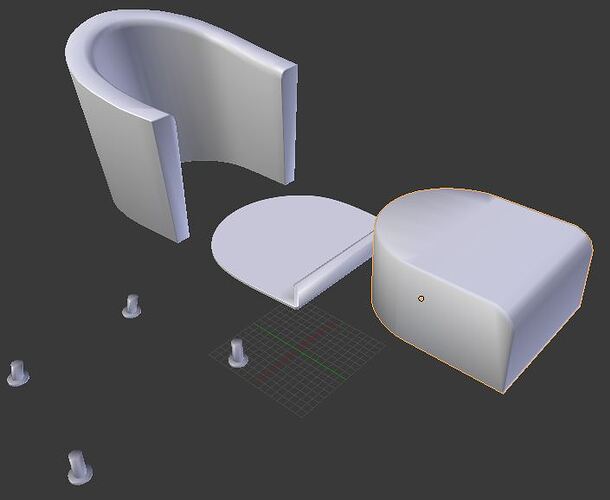 If I combine them and unwrap them, I get this big UV layout which I don’t think is very optimal unless i crank up the lightmap resolution to something big. 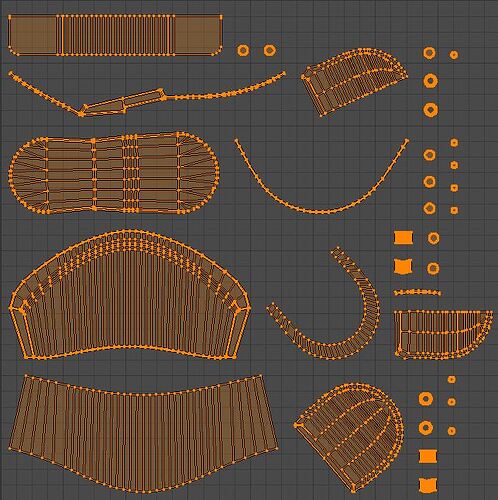 If I export the pieces as one object (select all -> export), UE4 will combine their UV layouts into one layout that will logically have overlapping islands. I could export each piece and line them up in UE4 but then every asset will have too many objects and it’ll be hard to move or manipulate them unless they’re somehow parented (not sure if UE4 has parenting).

It could be that the layout is good enough and I’m overthinking this, I’m relatively new to asset creation. I attached the fbx for reference.

It’s better to combine an asset like this into one piece, even though you will have to have a larger light map. That UV layout is fine.

If you wanted to save on UV space, you could model it in a way so it’s less pieces, so that there’s no areas that are just completely covered by other parts of the model.

I would unwrap it in one piece, just like you did. There should be enough resolution, though that UV map looks like it could be optimized a bit.

Now if you want more resolution you can split it in two or more parts, unwrap them separately, assign a different material to each part, combine them and export as a single object. Then in UE4 there should be not one but multiple material slots on the resulting mesh. Then you set different materials with different textures to each material slot in UE4, even though their UVs overlap they use separate textures so that is not an issue. This way you can have higher resolution but a tradeoff is a performance hit. Of course it is normally done for important objects like main characters, not for some chair, unless it is a center piece of your scene.