How to create momentum based speed physics

I’m using UE 4.9.2 and am working on making a Sonic the hedgehog fangame. the first thing I need is to be able to create momentum based speed physics, basically meaning that the longer you hold down the move forward button, the faster you go, but also that if Sonic is running down a hill, his speed is increased even further, and more so if he rolls into a ball.
all of this needs to be done using blueprints, I don’t have the right mindset or training for full on coding.
I want the game to have 3d movement as well and it would also be nice if someone could tell me how to implement 360 degree movement so that he can run around loops and such.
eventually i plan on implementing boost mechanics as well, but I think i can figure that out for myself.
What I have so far is based of of the unreal engine video tutorial series on how to make a 3rd person game

it’s all achievable in Blueprints, in fact there is even a Sonic running about on an example unreal level on youtube (looks great, but it’s not a tutorial). The best way is to approach this step by step…get a basic custom character, get your third person camera moving how you like, get your physics/gravity setup going…then you can start making it look pretty with an advanced character and animations… I don’t think there is one “make Sonic” tutorial, but you should be able to get something going by searching YouTube+Google and piecing together the key bits… 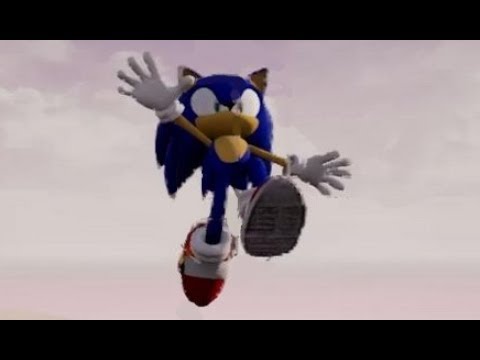 Yeah, I’ve seen that, but I can’t find anywhere to download the development kit, I think you have to join some group they have for it, and I’m not really interested in that. And I’m sure it’s all achievable in blueprints… I’m just not sure HOW.
I have found a couple different tutorials which I think I might be able to mesh together to get what I want, I’ll post them if they work

Update, I have upgraded to 4.12 and I’ve found a way to change speed based on wether or not he’s moving along an angle, unfortunately, he only appears to gain speed and never seems to loose any of it. I’ll upload pics if I can’t figure it out