How to create IK between a bone and target bone? 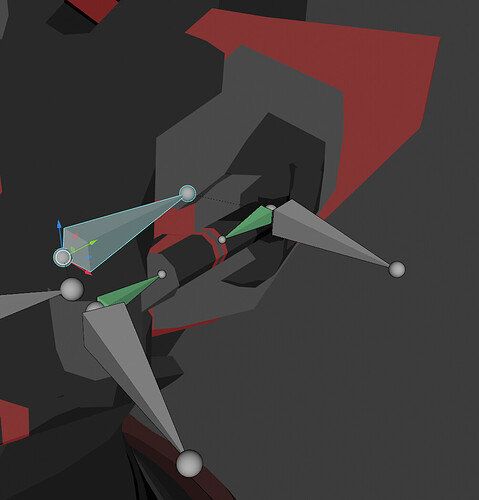 I looking for a way to implement this in an animation blueprint but I haven’t been able to achieve this yet.

Maybe I’m misunderstanding your question, but could you possibly use a virtual bone as the effective IK bone?

I suppose I didn’t clarify the question enough because I figured a close 1 to 1 feature existed but now I am not sure.

Currently, I have an (IK)bone and a “target bone” which is the end effector. Unreal engine features a couple of IK nodes such as these: 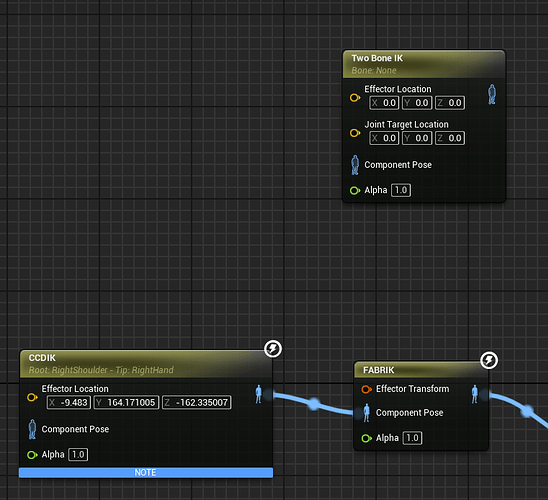 image762×694 67.7 KB
They take an effector input which is a vector but I don’t understand how to “get” the position vector of a bone so it can be linked to the effector input of a node.

Another issue is that in my instance the IK bone should of course move to the end effector like any IK setup but is not allowed to roll so it should move without doing so but I have not been able to find a way to implement rotation constraints either.