I want to make my student project using projection mapping on 3 led screens, but I can’t figure out how to make a film offset on two sides of the screen?
For example, a similar film offset can be seen in Cinema 4d(pic. 0) 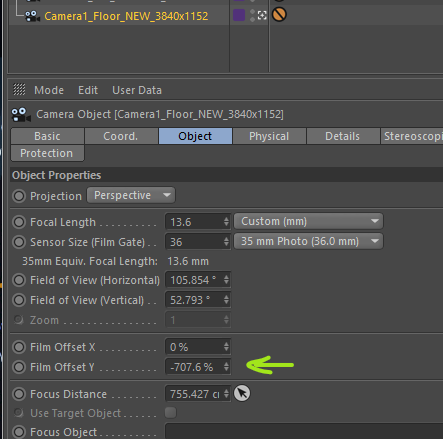 The installation consists of 3 led screens(pic. 1). 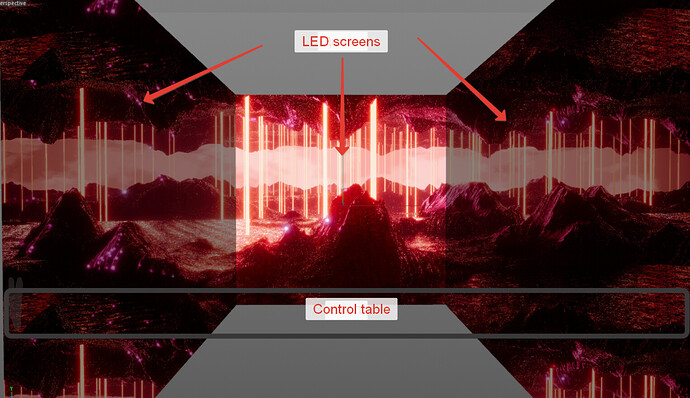 The screen’s control table is in front of them(not inside the installation), which means that the guest should see the game on the right and left screens as an addition to the Central screen, but if you look at the side screens from a different angle, they will be distorted(pic. 2). 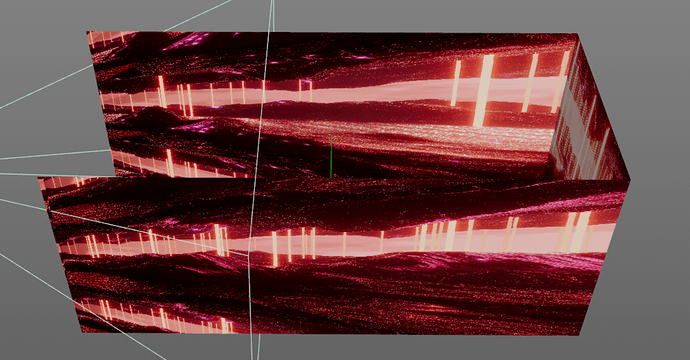 And the main question is how to make this perspective distortion?

I saw similar in [this posts][4],
in which the author described what he changed the lines in the file PerspectiveMatrix.h. I changed the file(and I had to change another line of code in this file, as the author did not write all the changes).
But in the end I got a lot of errors during the build and the UE4 version was not working.

Also I tried to make a similar effect with custom projection camera and “security” camera(pic. 3). 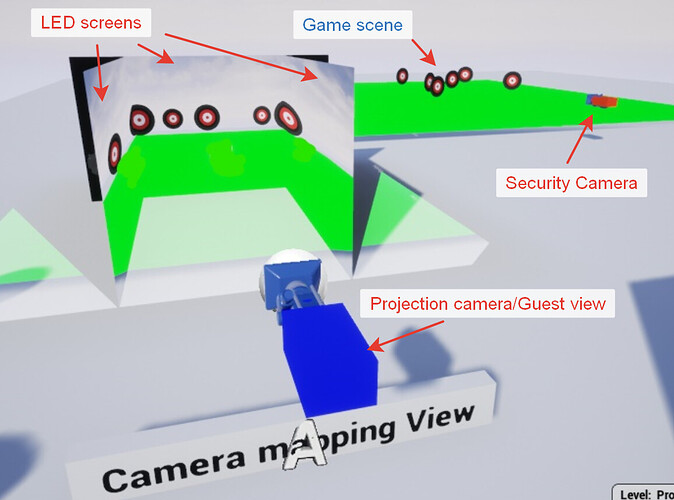 The scheme is as follows:

This scheme works, but doesn’t allow you to achieve good quality, because output video texture in 8K drops down to 0 fps(4К drops down to 5fps)

I will be glad to any ideas and offer!

I believe that Unreal Engine can and should be used in video production, as its functionality is amazing and expands the possibilities