How to create a variable from Integer ? 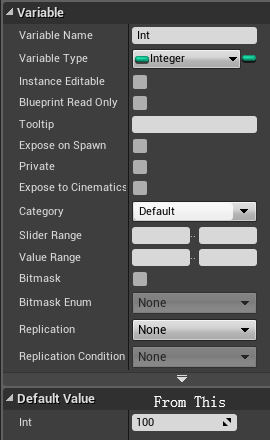 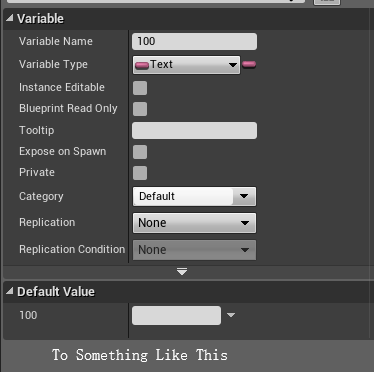 you could have an array of integers you add your int value to, you could cast the value of your input to string and add it to an array of strings?

Your question is a little unclear though…

I’m not sure I understand what you are trying to do, but I think what you are saying is you want to create an Integer variable and then be able to read the variables value as a string, is that correct?

If so you can do this: 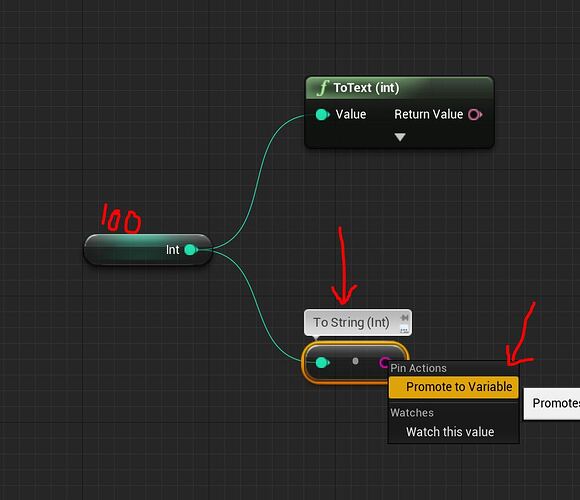 Simply place a Get node into the graph for the Integer, then pull out the wire and type “tostring”, the listbox should have “ToString(Int)” selected, then press enter. This creates a Conversion node that will output the value as a string. If you want to store this value as a string variable, right click on the pink dot and select “Promote to Variable”, this will create a new string variable and create a Set node for that variable, you just have to name it.

This new string variable will always output the current value of the integer as a string, if the integer value changes, so does the string.

You can’t “spawn” a variable…do you mean “display” that number to the screen or something?