How to configure Adreno Profiler to work with UE4.15?

How I setup it.

First, I registered at Qualcomm’s site, then downloaded and installed Adreno Profiler software.

Fourth, added location of ADB in system’s “Path” variable - ADB that I downloaded through “CodeWorksforAndroid-1R5” 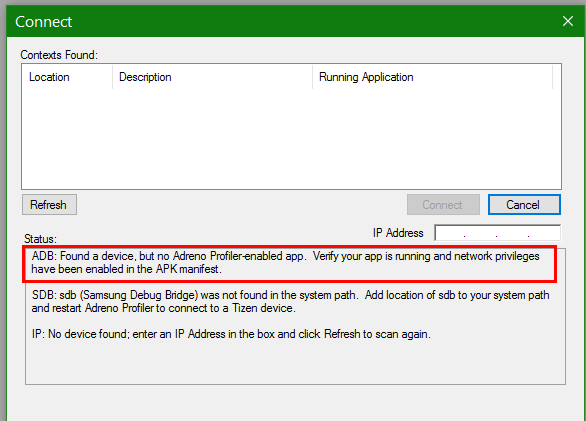 And if I use “stat GPU” in console I get

I’m getting this too.

I added the manifest permissions specified in the profiler help docs…
android.permission.INTERNET
com.qti.permission.PROFILER

I also ran this before profiling “adb.exe shell setprop debug.egl.profiler 1” as specified in the Adreno Profiler help.

Is your project a mobile VR project? I saw some posts on the Gear VR forums that Adreno profiler doesn’t work in VR mode… which would be unfortunate since my project is using cardboard.

OK I got it working using the side scroller starter content. I’m using a Note 3 so Snapdragon 800 Adreno 330.

(BTW - In the phone’s Developer options I did not have the app set as a debug app and Profile GPU Rendering was set to Hide - Those are things that people have said need to be on but they weren’t set on my phone.)

This also got it working for my Cardboard VR project. Yay

EDIT: Ok so I think the main problem is you just have to hit refresh in the connect window a couple of times before the app will pop up. I have since done this with a build running from Unreal and it works fine. Though I’m finding the profiler crashes a lot which is annoying.

Sup!
So I tried to do it again before using your recommendations, and “voila!”. It works! I just launched AProfiler and game on my phone.
That’s strange!
I think, the game must be restarted after deploying, then launch AProfiler

But now it give birth to new questions, how to use AProfiler

.
Green strokes in UE4’s debugger more informative than these graphs

Anyway, I set your answer as right. Thanks!

These might help… but yeah there’s a lot to look at. 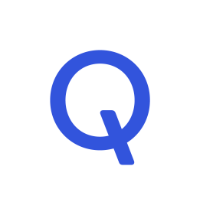 Also… with the crashes i was getting - it seems you can just ignore them and keep going.

First you must check your device is connected using adb devices.
Second in Adreno Profiler’s FAQ, you can use adb.exe shell setprop debug.egl.profiler <1 to enable, 0 to disable> to enable debug mode.

Then It’ll be works!