How to change fade color?

I have a fade setup - but I want it to fade to and from white rather than black - is there a way to change fade color?

The Fade that can be generated in Matinee can only fade to and from Black. In order to fade to and from another color you would need to use a Post Process Material of emissive White and an Opacity set to a Scalar Value and the value changed through the matinee.

I have same problem. Could you show how to sovle this?

Feel free to go here on the fourms and download the sample map I did with Tim Hobson, we fade through white at the end of the cinematic. 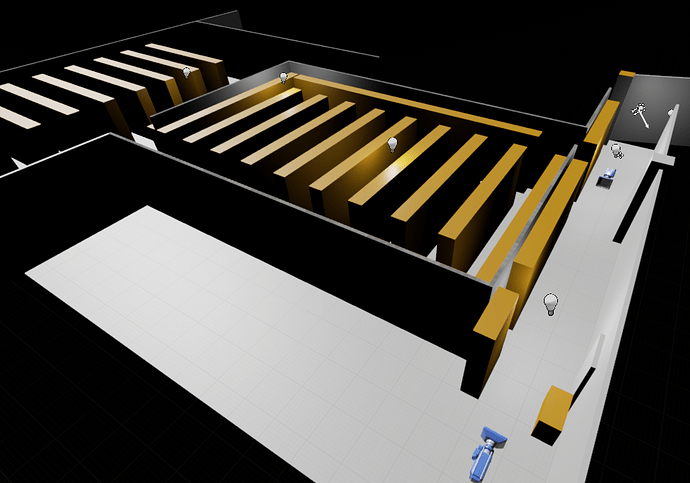 Hello Everyone! Here’s a project that Eric and I have been working on for a little while now. We originally planned for this project to be a two-week project, which for the most part it was, after seeing the 30th anniversary re-release...

I tried to do a white fading as you described but it doesn’t work. Could you be more precise to achieve this?

Sorry to insist, I managed to download your project and looked at your white fading but I don’t understand your workflow, it seems to be very complex for a simple effect. Could tell/explain how to achieve it, please?

Essentially I set up a post process material which has a LERP between the PostProcessInput0 (The Basic Scene) and a Vector 4 set to 1,1,1,1 (or Full White). The Alpha of the LERP is a Scalar Parameter in a Material Parameter Collection. In my matinee, I create an event track which allows the Matinee to trigger functions in a Blueprint. In the Level Blueprint I call reference to the Matinee Actor’s Controller and refresh the node to ensure that the new event is listed in the controller. From that event I then call a Set Scalar Parameter referencing the Material Parameter Collection and set it to 1 (or 0 depending on how I set up the Post Process Material). This will cause the jump to white (or a hard cut). If you want a fade simply use a timeline to set the Scalar Value at a slower pace so move from 0 to 1 over 2 to 5 seconds and you will get a fade.

Hopefully this will help you as you look through the project, I tired (if for no other reason then my own sanity) to keep the variables and parameters named close to their actual use and I did try to comment blocks in the Blueprint.

Let me know if you need more information -

Many thanks Eric, I’ll try this as soon as possible

Sorry Eric, I tried to figure out but I think it’s too much complex for a simple effect.

I’m not familiar to blueprint and scripting logic.
How can I achieve this in a more simple way, using matinee?

I don’t find any tutorial about this on the web?

May be it will be interesting to update the fade track in matinee editor?