How to change angular velocity of physics asset in a Blueprint

I am having a problem discovering how to change the target velocity in a physics asset in a blueprint. Thus far I have been only successful in setting the velocity within the PHaT itself and getting movement by enabling/disabling angular velocity in the blueprint. I know I’m close so I need a little help. 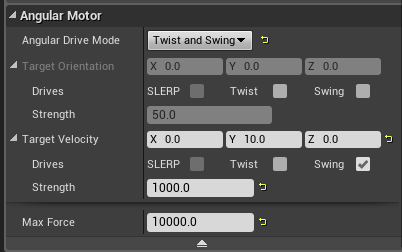 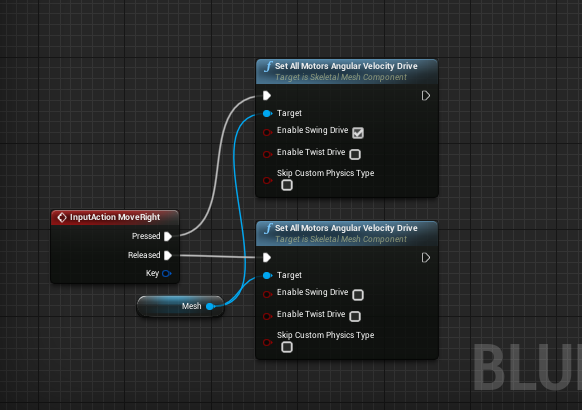 I’ve tried changing angular velocity via nodes in the blueprint but that is not working. I have to open the PHaT and change the target velocity and resave to get a different velocity.

I am seeking assistance with the blueprint. A physics swap is not ideal in this case as all physics objects reset and the switch is obvious ingame. What I am trying to do is apply force to two wheels of a four wheel object to get forward movement. Simply setting the angular drive in the PHAT works but I want to get an opposite target velocity. The goal is to press one key and have the rear two wheels spin to drive the mesh forward; press another key and the two front wheels will spin opposite to push the mesh backward. Do I need to call/cast to the physics asset in the blueprint?

Should I be using two constraint profiles??