How to change an entire animation's transform/location

I have a handful of climbing animations that I have retargeted and imported from Mixamo.
As you can see from the attached image, the animations are too high, and they push the mesh outside of the capsule component.
I have determined it needs to be moved down by either 100 or 200. (more on that in a bit)
How do I go about remedying this?
I have tried simply selecting the root and moving it down in world space and saving but that did not work.
I have tried some mix of that and hitting the record button, but it stopped the animation from animating, it just became a pose.
The next time I tried recording, I could get the animation to play and translated down (after moving before hitting record), but the recording ended up being longer than the original animation, and started mid animation (because I hit play before record) which is undesirable. I could compare the frame length of the original animation and cut the new version to be the same length but it would be really difficult to get it cut down to the original starting frame. Seems like a janky solution and there’s probably something better.
The other weird issue I have is that when I move it down by 100 first, then hit record, play the animation and stop recording… it shows up as down by 200 in the new animation. I don’t understand this. 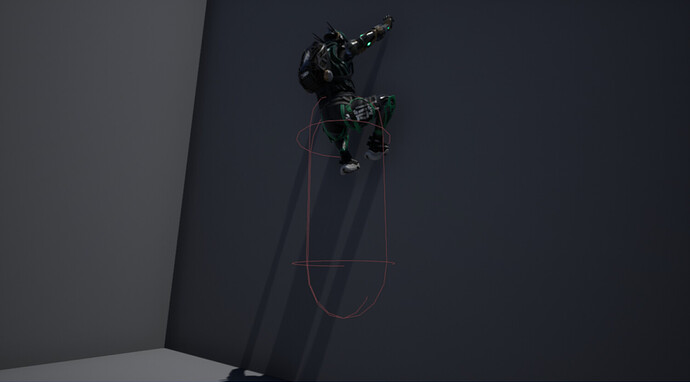