How to attach objects to classes with physics meshes?

Hi, my problem is that when there is a blueprint actor class with a static mesh inside of it with physics enabled, the static mesh may move even when the root of the class does not. This means when attaching objects to the class, they get attached to the root component, which stays in the same place even though the object has moved. I am trying to use this to attach fire actors to objects in classes. I have partially solved this by setting the location of the class root component to that of the static mesh every frame, but for the vast number of objects like this that would cause an unacceptable cpu load. how can I do this? Thanks in advance. 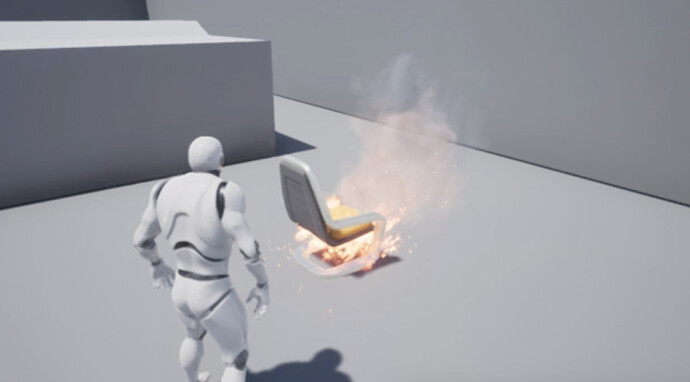 the first picture is when the fire is attached to the object, and the second is after the object has moved.

Just attach the fire to the mesh component of the class. There are different attach operation nodes in UE4. You should use one of the following nodes. I think AttachToComponent with actor as target would be best for you. Experiment with them and see which one works.