How to add secondary motion to one frame poses animations ?

So on this video:- YouTube show awesome Fornite anim graph. Put aside how different poses are obtained, they are all one frame (or 3 frames for aim offset).

But you can see in game those one frame poses get nice synchronized secondary movement (hands on two handed weapons, keep relatively the same position on hammer handle), the same goes for other weapons. This movement is different for leans, jumps etc.

I have done similar system (also utilizing single frames), but I just have no idea how to add this nice secondary movement. I tried to blending it from base locomotion animation, but it just doesn’t work. Hands just move all over the place, not keeping with weapon handle, which just doesn’t feel right. Not to mention the secondary movement in that case is just the same regardless of what character is doing, which is not the case on video.

I tried googling it, but seems like there exactly zero information about it beyond this single video, and even here it’s not really mentioned how this secondary movement has been achieved.

I have locomotion low body blending by bone with the upper part. In the upper part I have two states machines mix additive blending, one is for the items animations and the other for the additive animations. 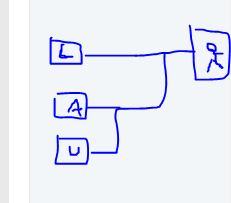 Thanks.
But, could share some more details ? I mean, I still don’t really understand how multiple state machines can help me achieve nice secondary movement on what is essentially one frame pose.

There’s a good talk about using this kind of method from the guys at Naughty Dog where they did a similar thing. Should be up somewhere on GDCVault.

Yes, the all animations in additive state machine are additives. yo when you are in idle you have locomotion idle +(one frame pose + Additive idle).

I finally managed to work out something that works at least to some degree.
It’s still doesn’t work as fully expected, but I’m getting closer :D.

I finally managed to work out something that works at least to some degree.
It’s still doesn’t work as fully expected, but I’m getting closer :D.

I am trying to accomplish the same thing. Would you mind explaining the process you followed in detail. It would be very helpful.