How one can visually make a custom math function? (like a timeline)

Consider a timeline that instead of a play input, I can give it x (horizontal value) and get f(x) (vertical value). I need it to be visual, because I’m not sure of the exact math function, and I need to play with the function graph to get the best result for my purpose.

Here I found the solution, although its a cheat to a timeline itself ;D. 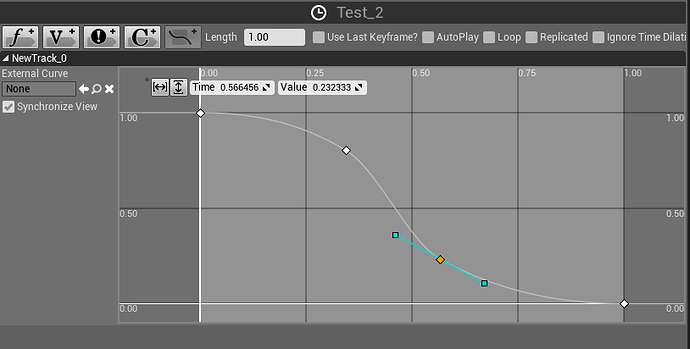 As you can see, I’ve only used the ‘set new time’ pin and instantly I have plugged the ‘update’ pin into stop (to prevent continuous time evolving and fix it at a specific time). This makes me to somehow bring control on the time which is playing the role of a variable here. The ‘new time’ pin is in fact my variable (like x) that is going to fire out the function value ‘new track 0’ (like f(x)) from a specific range.

By applying this method, you will have the same functionality as I had asked above.

I don’t understand your question here because you do have control over both the x and y values over time. So I guess if you can generally show me what you are trying to do I can help you set it up.