How often are 3D scanners used for character and NPC design?

Do professional studios use 3D scanners for character creation? The anatomical detail and realism of some of these characters are unreal. Especially in some of the E3 presentations. Also, for games that require a large number of NPC’s, wouldn’t 3D scanning people decrease production time and cost? There are certainly skilled artist out there who can produce character art without the need of a scanner and a real life subject, but these days as games get bigger and bigger it seems like you might need a scanner.

For AAA games - always. Photogrammetry is the only way for making characters these days. 3d artists are soon to extinct.

3D scans increase production time and costs, not the other way around.

They won’t replace artists. The artists are needed to retopo the high density meshes (the same that happens with motion captured animations) and to prepare these meshes with appropriate “loops” required for natural deformation when said meshes are skinned and animated.

You can make everything be a 70K+ poly character, but then when you place 12~14 of these characters on screen it’s already a million polygon skeletal meshes to render and animate every frame.
The result (for current gen consoles at least) out of that is you end up making a game that is a “corridor simulator” with just 2 or 3 characters on screen.
Unless you downgrade everything prior game release, right * cof * Ubi * cof * soft *

Remember that game, “The Order (some number)”?! Yep…

Interesting…I thought 3D scans might decrease production time. Cleaning up a high poly mesh compared to making an optimized one from scratch seems like it might be less work if you have the right tools; but now that I think about it, yea that is a lot of work. Then multiply that by each scanned mesh and it could add up quickly. I could see it being done for the main character though. Getting a scan, and then working from there.

Does Ubisoft really do that?

Photogrammetry is the only way for making characters these days. 3d artists are soon to extinct.

Yeah, most of them use 3D scanning. But they aren’t usable after that, you have to retopologize along with cleaning hair and eyes since those don’t scan well, there’s pretty much the same amount of work, it just ends up with a more realistic result.

Nice, it seems the technology might be available to actually build one for yourself using Raspberry Pi without spending 40K$ or more. I did a quick google search on it. Not that I really want to use a scanner. I myself prefer the artistic approach, sculpting your characters in Zbrush. I mean, to me that’s part of the fun, the creativity. For some people though who find modeling human anatomy a challenge (and who do not want to learn) it might not be a bad idea.

You can do it for much cheaper than that, there’s the David Laser Scanner (now owned by HP) kind of expensive actually, but for about $3k you can get that setup and it can do very well. Not great for people though since it takes time and multiple scans to work. If you want something good for people you’d need to make a rig with multiple cameras and use Agisoft Photoscan.

Does Ubisoft really do that? 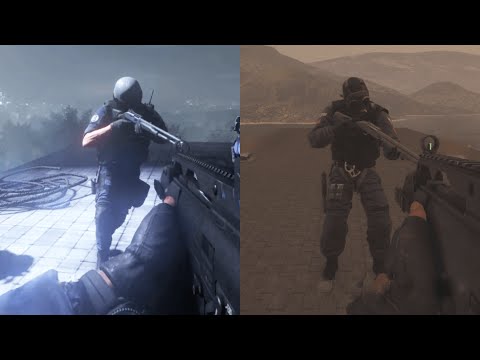 Why?! Well, that’s how games are sold nowadays…

It might come as no surprise but there are a lot of humans in games. Modelling a human isn’t really rocket science anymore and the actual high poly sculpt phase makes up a relatively small section of the overall model production process. It’s certainly not the most challenging nor the longest stage of the process in general (there are exceptions obviously) so there is really no big reason to replace it with photogrametry unless you are looking for the exact likeness of a certain person.

Yeah it is used and it is used a lot as well as motion capture for realistic animation. As 3d scanning it’s the easiest way to make a realistic character from actor’s face. And it may be surprising but it was used even in 2013 for Bioshock Infinite.