How much mouse moved after one second

I was trying to find out how much the mouse moved (and in which direction, basically to get a 2D vector) after one second. So basically, when the player presses the mouse we store the current value, add a timer or delay for 1 second, then get the value again, correct? Problem is, which function can I use to get the real position of the mouse?

Does anyone have tips?

Now you can access previous seconds X & Y coordinates with those variables. How to get how much it has moved is just simple math: PreviousMouseX - GetMouseX. 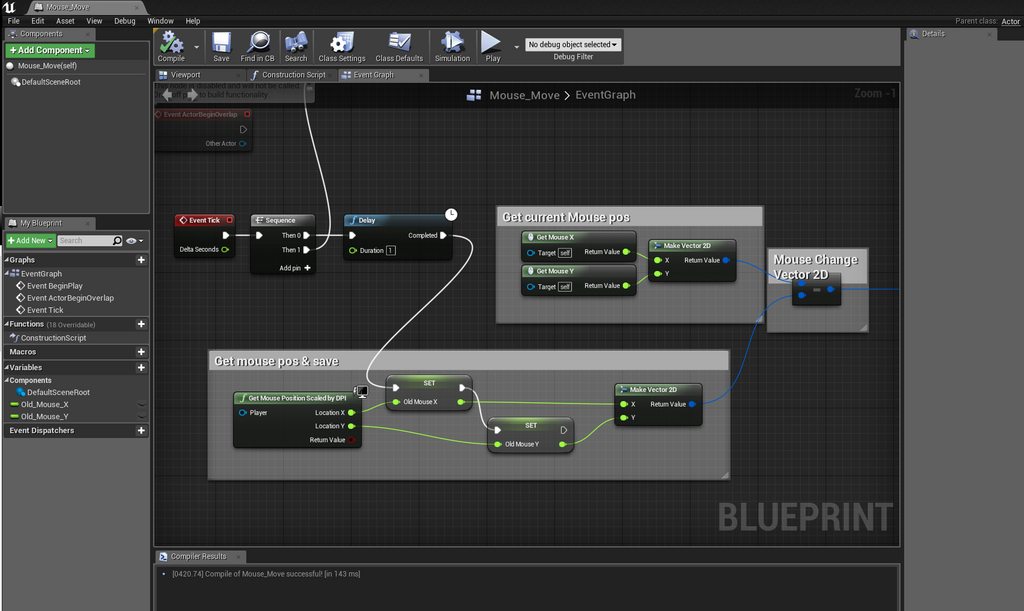 Thanks for the help MiDri and dogdog20!