How do you spawn a blueprint on AI death?

I have all the blueprints made but when I try to spawn the coin at the point I destroy the enemy actor it crashes the engine.

Any thoughts would be great!

Try this and see how it goes:

Try this
The branch is the one you have, connect the “spawn actor” to your print string and skip your spawn emmiter.

This crashes the engine every time. I think it is because I am trying to spawn something after the parent actor has already been destroyed?

Where are you spawning the actor exactly then? I assumed it was the particle but in any case, try detaching the spawned actor before destroying the BP.

Have a look at this. (This is what I did that caused the engine crash). 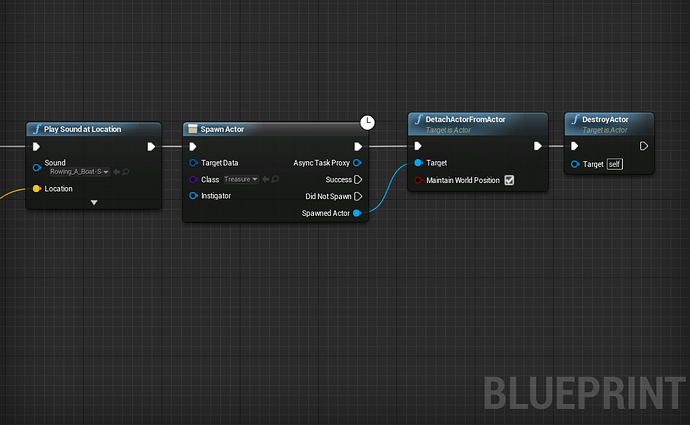 The enemy is a blueprint. I am currently just dropping him on the map. He is being destroyed by a projectile, that is cast in.

I am attaching images of the entire BP.

I am able to spawn in the treasure with key press and in other forms.