How do you pull certain information from a Struct without resetting the whole thing?

I’m currently having an issue that i would love to get some help with regarding Structs. Basically i have set up Structs to store and retrieve weapon information in game. However, i wish to only change certain variables in that struct without
resetting the whole data and without making a rainbow of spaghetti 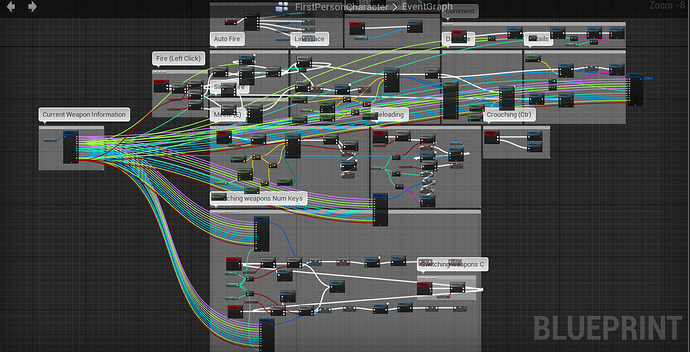 Right now i will use a basic example. In this strut it carries a base weapon ammo int variable that i wish to change when firing the weapon. 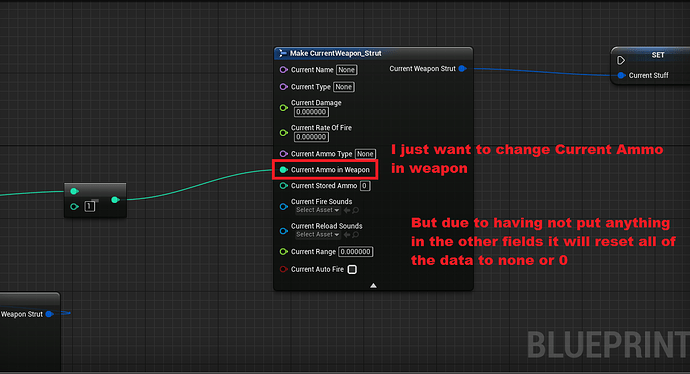 However using set and then make struct resets the whole struct due to me having not set anything in the other variables unless i connect it up with the current weapon system resulting in a rainbow of colors. I want to try and avoid this and was wondering if anyone can help me out

I’ve been using a separate variable to store the struct information when i should have been using set members.

There are “set members” for each type of struct. Just grab wire from variable and type “set members”. It would set data into selected in details struct member. Important note : “Set members” work by reference.

Thanks so much for this, I was told it was just ‘make’ or ‘break’ with this