How do you make a sinking ship that breaks into multiple pieces?

Hi everyone, I’m new to using unreal 4. I’m working on a small historical project and require some help.

I’m recreating the sinking of a steamer from WWII for a historical game. I haven’t gotten around to modelling it yet, but looking at tutorials. I’m struggling to find ANYTHING that is similar to my project as a guide. I’d much rather have a good idea of how to achieve this before beginning.

I’m planning to model the ship which is split into several models with the intention of making it explode, sink and split into those multiple pieces at a set time and in a set way via animation. It takes place at night, so lighting plays into that. I’m also limited to Blender, Google Sketchup for modelling and Substance painter for texturing.

1 - Texturing - How can I make the textures seamless, Ie the decks will split into many pieces, how do I texture them so that I they look like they are just 1 model to begin with before the split.

2 - Lighting - I’m afraid that the light will shine through the break areas before it has split.

3 - Collisions - How do I make collisions adapt to the split? Is it just a case of generating collisions per item?

4 - Changing the shape of some pieces - when it hits the seabed, plating falls off and creases- no idea how I’d do this

If there’s any insight on how to make a ship explode, sink and split via animation in UE4, I’d really appreciate any.

Hello, this sounds like a pretty big project. My I ask will the character/camera be right on the deck or do you plan on viewing this from a distance?

I’m hoping that the character will be able to roam the decks, but it’s not imperative

You need the broken pieces separately, which spawn upon break up. There is a free Unity version with such assets, a front and back of a ship. Might be inside the Blacksmith or Viking demo content package.

Spawn upon breakup? So I need to build the ship intact and then replace that model with the broken pieces. If so, how do I keep the textures consistent between the whole version and the broken version. Unfortunately, there weren’t many viking ships in WWII.

Well another way to do it would be to create the entire ship inside of Blender. Then use the BOOLEAN modifier and a CUTTING object to cut it in half. Your textures will still share the same UVs as before so there will be no warping. But that is a litteraly cut in half.

Spawn upon breakup? So I need to build the ship intact and then replace that model with the broken pieces. If so, how do I keep the textures consistent between the whole version and the broken version. Unfortunately, there weren’t many viking ships in WWII.

Ok so I tried it with a basic cube and below are the results. You should be able to do it but with a more complex item I don’t know what the results will be. I suggest making a small boat and test. 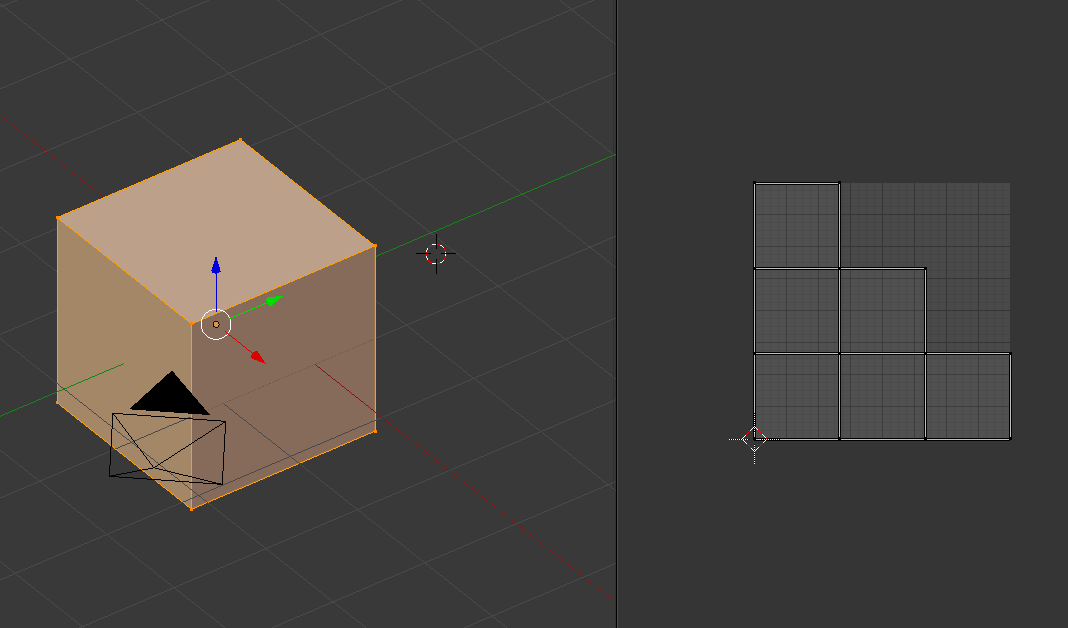 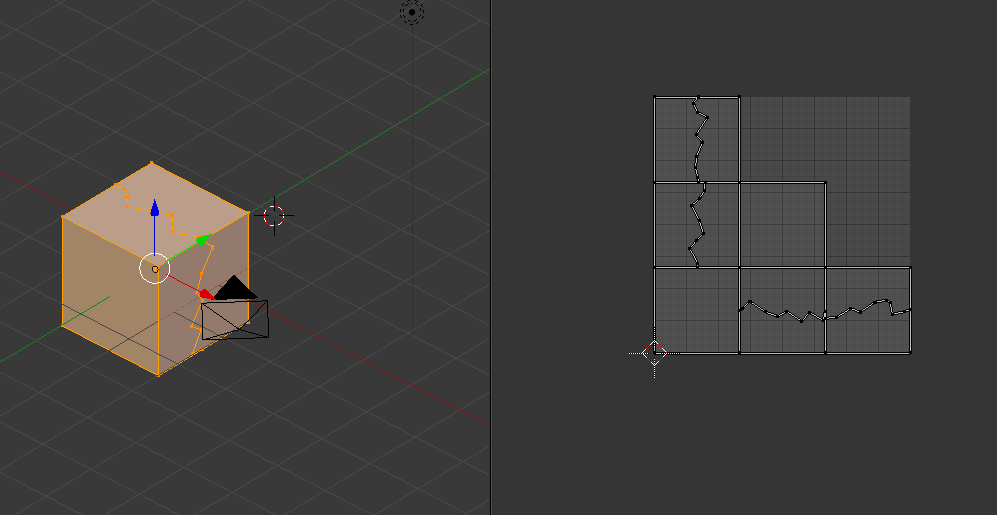 Thankyou Paul! That’s solved a huge part of my worries. Everything else seems to fall into place now. Morph targets / shapekeys seem to be an answer to making the metal crease. Collisions have multiple workarounds.
Just the lighting that might concern me. If I were to put these together in udk like a jigsaw puzzle, do you reckon I’d have problems with the cracks being lit up?

You might see minor seams. I tried it below with a reflective material and no seam can be seen. You might also want to try some tricks. In Battlefield 4 there is a part where a Aircraft Carrier breaks in half. Right before this happens there is a minor pause and the character falls to his knees and plays out a small animation. In this brief moment the player has no control. You can use something like this to swap out models from the solid ship to the broken ship or trick the player by teleporting the player to a 2nd ship in your level that is about to break.

That’s cleared up a ton of stuff!

That’s cleared up a ton of stuff!

Also note static lighting might causes shadow artifacts. I don’t know how your lighting setup will work but you are going to have to test a lot.