How do I move an actor directly to a location in a side scroller project?

I’m working on a side scroller in my spare time and I was wondering how to move the player character off their main plane of movement and onto another plane. Currently my character moves along the Y and Z axes and I want to move them along the X.

My first thought was to just add or subtract a value from its vector information and that didn’t work. I then though about setting a variable for the destination which could be altered by another actor class. Neither method has produced the desired results.

Most SideScroll games uses axis constrains, look at the movement component of your main character blueprint, search for “Plane”, you’ll see options for constrain to plane.

I unchecked “Constrain to Plane” in the character blueprint and did not achieve the desired result. Currently, the character is being transported in the opposite direction.

What I’m trying to do is move the character from one plane to another using arrow components on an actor blueprint for the coordinates. I’m attaching screenshots below showing how I’ve gone about trying to do this. 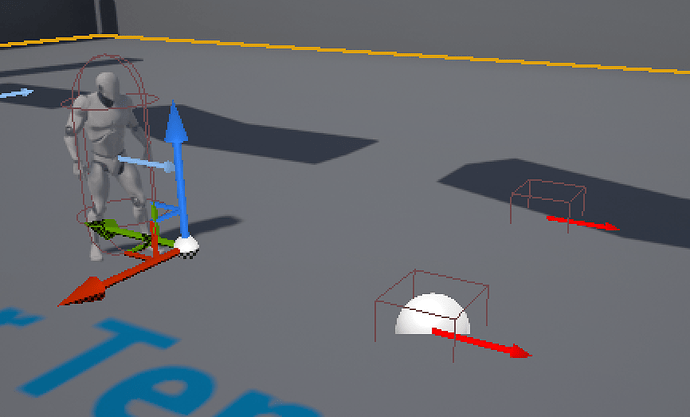 I ended up setting up a basic conveyor belt volume based on player input. It’s not a perfect solution but it works for right now and that’s what I need.