How do I make an AND input function?

I’m trying to make an elevator that goes up and down with the same interaction key. Currently it goes up without an issue, but I can’t figure out how to make the flow of everything loop back around and send the elevator back down. I tried watching a tutorial, but all of the one’s I have found have it set with two different keys for up and down. I’m still relatively new to Unreal, so any help would be greatly appreciated!!

Here’s a copy of my blueprint so far 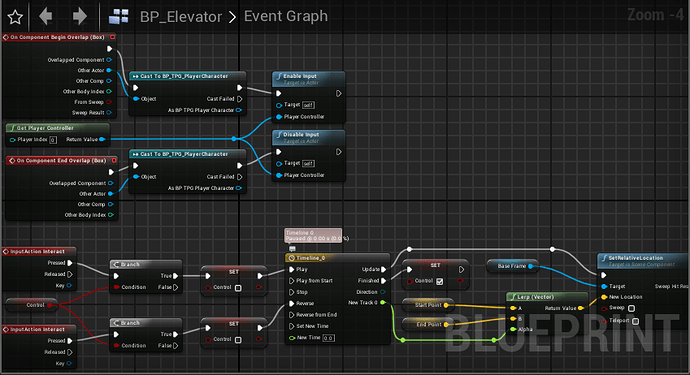 Or just use Flip Flop instead of Control + Branch. This way you’ll be able to also change the elevator direction mid-way. 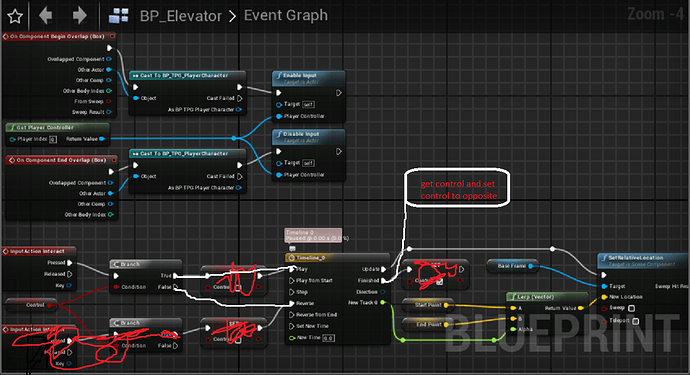 I put the flip flop in, and it works perfect… until I change the end point variable higher than about 200…

Any idea on that…?

In what way is it not working?

I am just a massive idiot. I never did a parent/child with the collision box. So above 200 put you out of the hit area, thus cutting off control.