How do I hit a tennis ball?

Hello I’m trying to make my tennis ball go to other side of the court with force whenever it bumps into the character.
Here’s what I have so far. 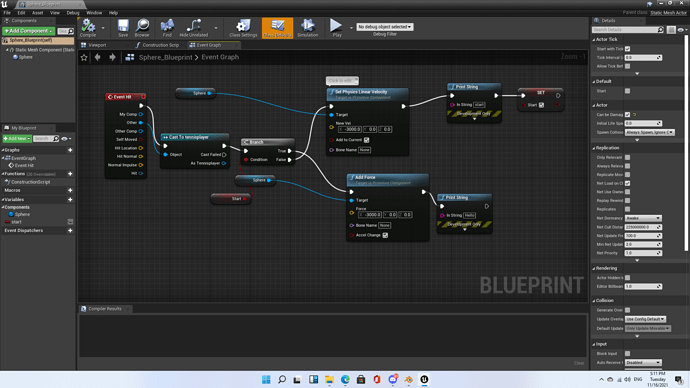 Here’s what I have so far.

If you want to bounce it in a specific direction, you should probably untick Add to Current.

The first thing I’d do is to rejiggle the hierarchy: 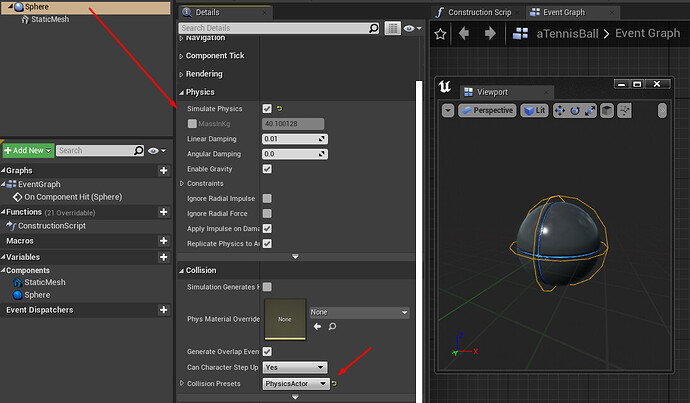 Simulate physics on the collider and attach mesh with no collision or sim to the sphere collision. Currently you’re adding force to the collider that is attached to the mesh, that will not play out well.

Another thing is Add Force vs Add Impulse - you should be using the latter, check out this thread for more info here:

Simulating gravity when moving up or down an incline General Discussion

just straight vector propulsion Torque is for adding angular momentum - rotating. Add Force / Impulse is linear - direction. There’s a difference between the 2 nodes: [image] Add Impulse is generally used as a singular event if you want to transfer that much force in one go. Kick a ball, a projectile connects with target, start a ragdoll. Add Force would be the propulsion thruster. There is also this component: [image] Which can simplify things if you need several points at which for…