How do I hide the Windows taskbar 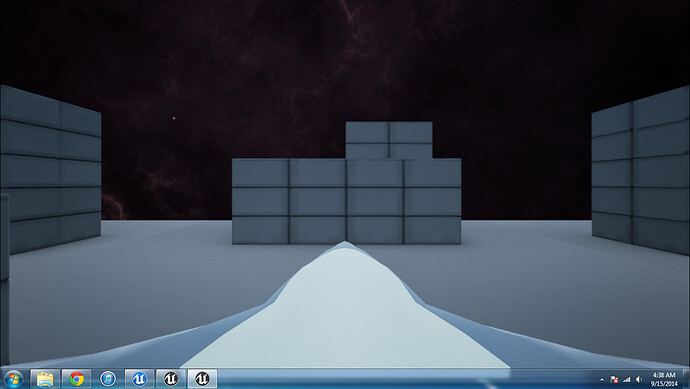 Are you sure you set your game correctly to Fullscreen?

I’m not sure how I would do that.

Ok, I answered my own question. In my level blueprint I used an 'Event Begin Play" node and connected it to an ‘Execute Console Command’ node with “FULLSCREEN” as it’s command. 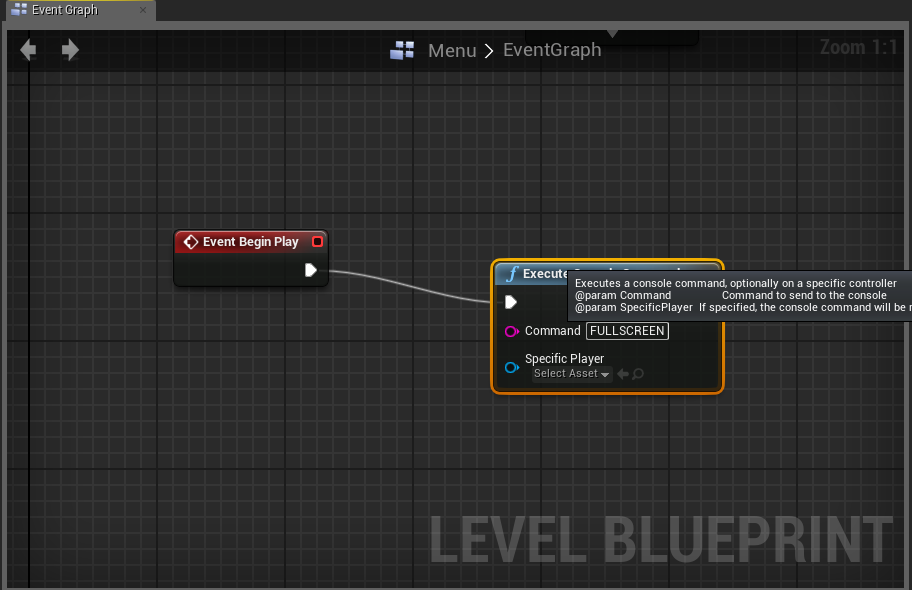 Made how you did but no results. the taskbar is still over my game window.

Did you put these nodes in the level blueprint?

The fullscreen console command has apparently been changed to MainFrame.ToggleFullscreen

Also, it will also work correctly outside the level blueprint, but of course it depends on what timing you want to go into fullscreen mode (I set it to a hotkey for development purposes)

I have this problem as well. I’ve tried executing the console command in different places, setting user settings and I’ve tried all three modes (fullscreen, windowed fullscreen and windowed) and nothing will play the game on top of the task bar. Absolutely nothing I can find on here or elsewhere on the internet provides a solution.

This is very frustrating, especially since it’s obviously possible or any number of UE4 games I’ve played would play with the taskbar visible.

PS MainFrame.ToggleFullscreen doesn’t do anything.

Have you made any progress on this? I’m in the exact same situation as you. I’ve tried setres, FULLSCREEN, the bp node for fullscreen, borderless window, game user settings, everything. Sometimes the task bar is there, other times it’s not. But when I use the mouse and it covers the bottom of the screen, it’s extremely annoying.

Had the same issue in 4.15, was able to fix it with the following code

Thanks for the advice, but it is not working for me…Where did you call this function? I have call this in widget blueprint event construct but no use… Can you give me advice?

We had to get much more aggressive. Added a function to the FWindowsWindow that calls Minimize() Maximize() and ::SetForegroundWindow()

So far this has worked for us

OK, I found an answer and searched different way. I decided to use Game User Settings Option which is defined in UGameUserSettings Class. But this Class can not be access through Blue Print, only through C++ code. I followed
https://impetus-games.com/blog/Persistent-Graphics-Settings-in-UE4
and now It works for me.

But this Class can not be access through Blue Print, only through C++ code.

That is not true. The GameUserSettings are exposed to Blueprints for quite a while now.
Maybe you are on a very old UE4 version?

You’re right, I modify my answer at here. Get Game User Settings can be called via blueprint and many of functions too. I used this with C++ code and removed console command FULLSCREEN, and there is no problem now.

Thanks Julie for your answer, I have followed your instructions and now i am able to hide taskbar in my windows 10 PC.