How do i fix my Infinite Loop error

I was following a tutorial on youtube to make an fps game. Everything was working fine and was playable, but when i exited and re entered my project, i can no longer play. An error message saying “infinite loop detected” pops up and just keeps going, then crashes ue4. I think its from something in here. 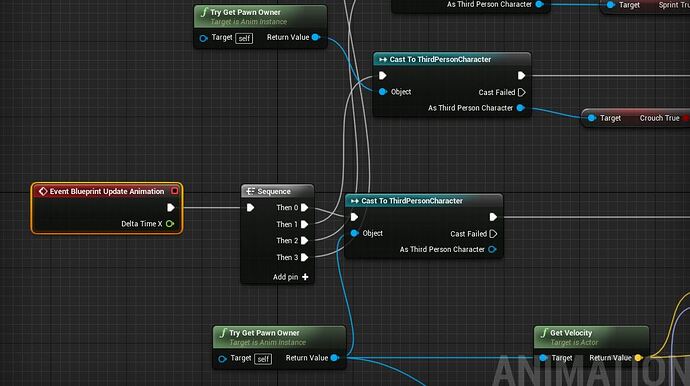 This is the end half goes from “cast to Thirdpersoncharacter” to a set direction, then to a set speed, both are float variables, then the direction goes into a calculate direction while the speed goes into a vectorlength , then get velocity and getactorrotation. I would upload a screenshot, but this website is terrible and its not letting me upload another.

It’s not terribly only because you cannot use this site.
We need more info on what your code does. Also there are other sites that can hold your blueprints for you.