How do I disable Gravity without having Velocity

I’m Trying to make Side scrolling shoot them up in Unreal.

How ever My character will not go up 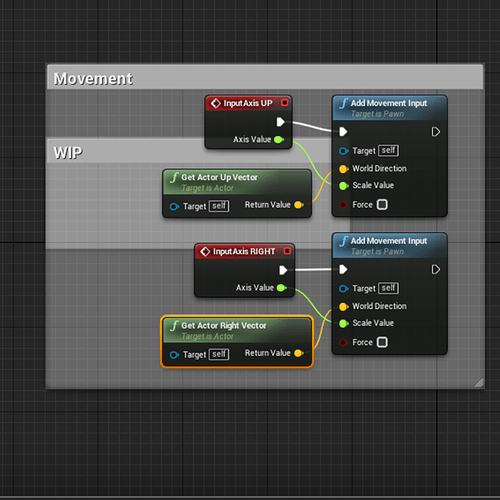 I’ve tried disabling gravity, but then my input gets floaty and slow. I don’t want velocity period.
I’ve tried enabling gravity, but disabling the Z Axis (Character still fell for some reason).
I’ve tried using a physics constraint. But that still lead to my character falling.
I tried disabling physics…Didn’t work.
I went to character movement under planar movement tab and constrained the Z axis by 1 (My character doesn’t fall now, but it’s still floaty, and it doesn’t move up).
I tried increasing (and decreasing) the linear and Angular Damping. The character still floats by.