How Do I Blow Up a Buidling in a Cinematic?

So, I get that you have to use destructible meshes and particle explosions and such, but I don’t know how to set that up. I’m simply trying to create a cinematic in which a building blows up. So if anyone could either tell how to blow a building, or point in the right direction for a tutorial, that would be great. Thanks!

In order to blow up a building, you need explosives.
Firstly- you make a destructible mesh, fracture it, then place it in your level.
Next- you create the explosive.

The explosive is an Actor blueprint that you place in the scene, that has a billboard and a radial force component. You could check out this tutorial: 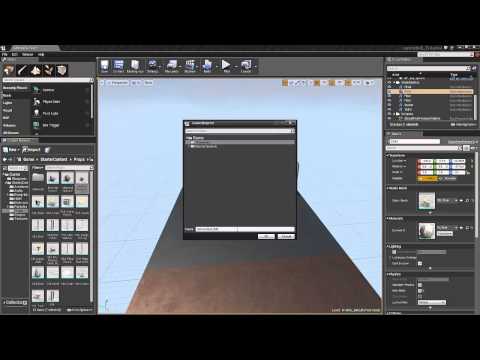 In the explosive blueprint, you create a custom event, that detonates it. ( is linked with add radial force)

Next, you create a custom event in the level Blueprint, and another one with the same name in Sequencer’s event track.

Example of how you can use Sequencer's Event Track to fire off Events in Blueprint.

Lastly, in the level Blueprint, you connect the custom event from the sequencer, to a Get all actors of class node. You select the explosive blueprint from the drop down, then connect a get node from the array output. Inside the loop body, you call the custom event from the explosive blueprint. Index 0 is for the first explosive you put in the scene. If you want that all the explosives in the scene to detonate, instead of the get node, you connect a For Each Loop node. You just need to set the last index to the total number of explosives in your scene(n-1) and you’re done.