How can you Blend between multiple Blendspaces?

For my animation BP, I have several Blendspaces I need to use. My goal is to blend between the various blendspaces using 3 different Parameters. How can I do this in the anim Graph? most examples I seem usually just use two parameters. Any help would be greatly appreciated since I’m a bit new to Unreal. I’ve done this in Unity using Unity’s Blendtree, and would like to do a similar approach: 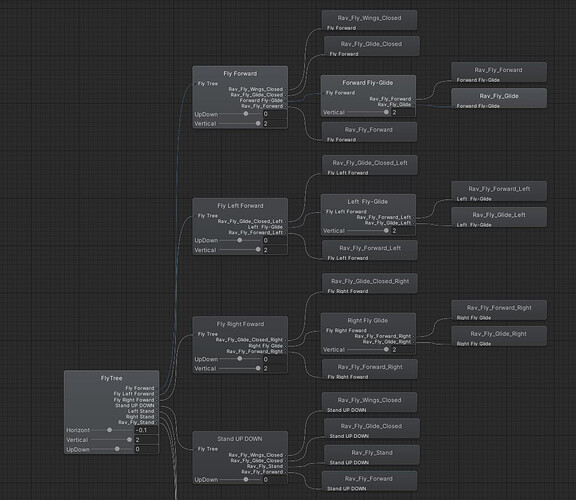 The goal of Blend Spaces is to reduce the need for creating individual, hard-coded nodes to perform blending based on specific properties or conditions. By allowing the animator or programmer to specify the inputs, the animations, and how the inputs are used to blend between animations, virtually any type of blending can be performed using the generic Blend Space.

Did you read my question? It seems you just copied and pasted from the official document:
Blend Spaces | Unreal Engine Documentation…

I am trying to do the same thing, also for some flying animations. Did you ever figure it out?