How can I switch camera from a scene when a button is clicked on main menu.

So I’m still very new to working with visual scripting, but I’ve been learning a lot and I set up this title screen level that has a working title screen in the sense of a working widget. However, I want it to be kinda “flashy” in that when the buttons are clicked I want the camera view to “switch view with blend” and change to another camera for whatever button was pressed.

I tried setting this up in the widget itself and I can’t access the cameras from the scene to complete it by setting them as the new target. I also tried doing it from the level blueprint…but then I can’t seem to access the buttons from the widget.

How can I make the two work together so I can just set it up on the level blueprint and still be able to click the buttons to bring up the various locations based on which button is clicked.

image1114×466 159 KB
As you can see, I have them all set how I want them to be and they fit for a cinematic approach to the main menu, since I don’t want just a generic box with text for the separate menus.

image1524×243 64.1 KB
And this is the setup I have at this moment which would bring it to the specified camera if I could put it in there but this is on the widget for the main menu and not the level blueprint. I need help getting this setup to work with the cameras so I can have a smooth pan over to the new camera location and then back based on what button is clicked. (Obviously new game, resume, and quit will not use this as those all don’t open a separate menu) I have 3 menus that will use this method thus the three stone things. Any help is greatly appreciated x3
ClockworkOcean July 5, 2021, 8:06am #2

You can access the cameras from the widget using GetAllActorOfClass. You will need to give the cameras ‘actor tags’ so you know which is which: 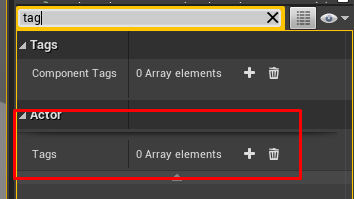