How can I switch between cars?

It sounds almost like all the cars are running the blueprint graph that you put a screenshot for, and the last one runs it last of all, so that’s the one that finally stays possessed by the playercontroller.

What are you doing to identify which car should run the blueprint code and tell only that one to do it?
Most people put an overlap box in the car blueprint and then check for which one the player is inside of. 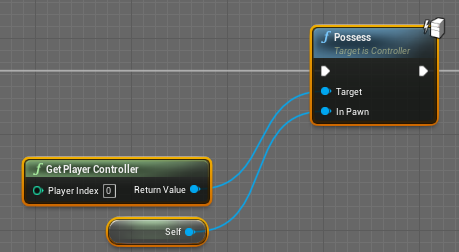 My goal here is to be able to walk up to any car thats in my world and possess it and drive it. The only problem is when there are two cars in my world regardless of whichever car i walk up to and hop in I ALWAYS end up possessing the most recently placed car. For example I place 10 cars if i go to car 1 to get into it I end up possessing car 10. How can i prevent this? Sorry if this is a simple question but im lost here. Please help, lemme know if theres any details needed.
1st photo : Blueprint inside BOTH cars
2nd photo: Sedan1 next to sedan 2 I literally copied and pasted the two cars blueprints 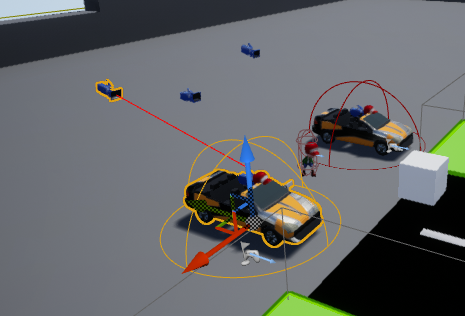 Do you have a different blueprint for each sedan? That shouldn’t be necessary if they look and work the same way.

Referencing self to possess the car is fine if the blueprint that is referencing self is the car you want to possess, but what I was asking is for you to show what triggers the car to be possessed in the first place. Are you just getting every car in existence and possessing them all(that results in only the last one possessed actually staying possessed because you can only possess one per player)? Or are you specifically choosing one out of the world and possessing only that one?

Also you should know that Cast nodes don’t choose a specific car out of the world. They take a car already chosen and treat it as that particular blueprint class (if possible). Casting is about which Class something is, not which instance of that class was placed in the world. You cannot use Cast to choose a specific actor placed in the world, only to treat it as a certain KIND of actor, and THAT only works if it actually IS that kind of actor. For example, an Animal can be cast to a Dog if it is a kind of Dog but it cannot be cast to a Cat. A Four-Legged Animal cannot be cast to a Spider, but it can be cast to an Animal.

So that brings me back to my first question: How are you triggering a specific car placed in the world to be possessed? Not trying to convert a car to a different type of car.

Hey thanks! Adding a second Boolean to decide if im next to that specific car worked. But why? Wouldn’t adding possess referencing self (as shown in first photo) in the second cars blueprint be enough? Referencing self would mean it would posses the car that the blueprint is in right? The first attached photo is of the resolution. The second picture is what i had before that was not working. 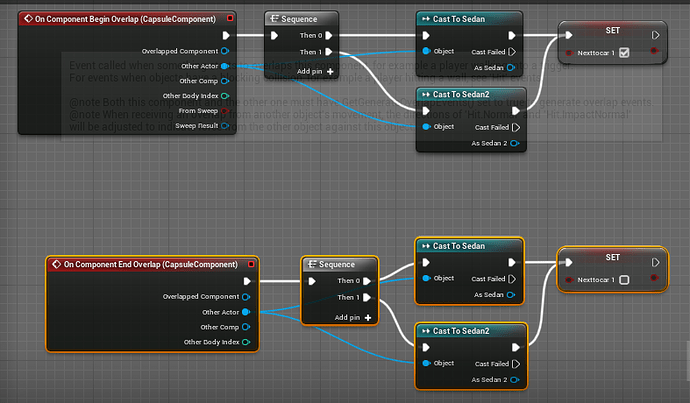