Currently there is no fluid surface like this that is within the engine by default.

Some users on the forums have started using the UE2 source code for fluid surfaces and developed their own plugin for the engine to use. You can take a look at the forums here for more information.

UE4 brings me water material but this a material. So we use water material on a object see like water but physics not a water physics.
I’m used cryengine 3 and water was very realistic.
How can I realistic water? 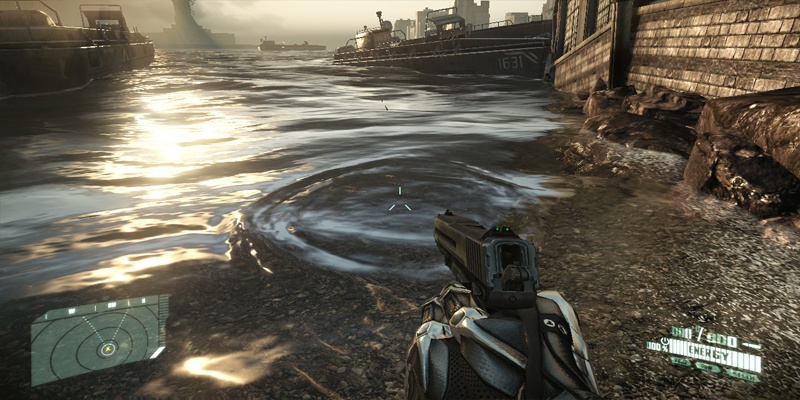 OK. Thanks you. Well, will develop water volume next versions?

Hi,
If you’re simply wanting a water plane with foam effects then this video should explain how to do that quite easily and quickly: UE4 Edge Foam Material Quick Tutorial - YouTube

then you just have to build a realistic water layer, follow the video above for the foam edge effects, then add an effect volume to simulate when under the surface.

I hope this shed’s some light, the video I only found today after almost a week of trying to find the best way to do it myself.

In case you are looking for some more material on Water Shaders, I wrote a tutorial on how to create a realistic water shader in conjuction with a swimmable water volume tutorial using some Post Process effects to add a bit of realism while underwater as well.

Wonderful Andrew!
this is why I love the Unreal community, everyone just wants to help.
Combine the knowledge from your tutorials and that short video I posted and we’ve got ourselves an open ocean!!

Be aware that the OP was asking about the fluid surface material that was in previous versions of the engine. This was removed due to third party software. There are users on the forums that have done some things with it, but nothing that is currently in the engine.

I realise they mentioned fluid surfaces but I think they were referring to the cry engine “open ocean” effect as a whole.
So they next thing after all the tips above would be to create the ripple effect coming from a physical body touching the material layer.
Quite a bit above my current level of knowledge though. haha