How can I improve this basic scenario? Dragging physics actors with a physics handle

I have this basic scenario of objects on a shelf 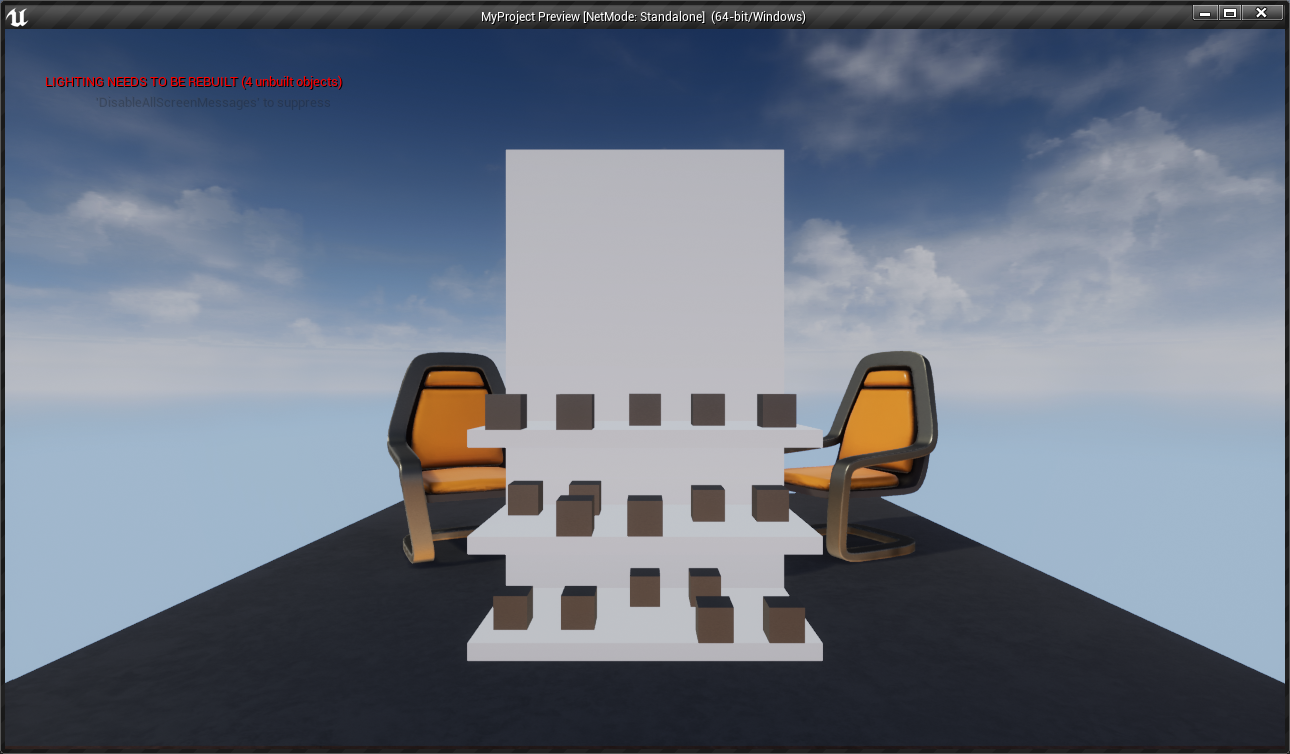 This was done in a few minutes with a new project. I added a physics handler to the player controller with this logic

The objects on the shelves are just cubes with simulate physics on, mass set to 100kg and I have them ignoring the Visibility channel.

This is the end result: https://youtu.be/23OQlUJ7MJo

My goal is to be able to more easily move the objects TOWARDS the player. The problem is when you grab an object and drag down, the hit result quickly goes to the back wall on the next shelf down which makes the cube move BACK instead of FORWARD. That was worded poorly but I hope the video shows it better. What I feel like I need is for objects to have more momentum. So if you start dragging it towards you it wont immediately start going back when the hit result hits the back wall.

I’ve tried playing with the physics handle values but I have a hard time figuring out how to modify them for a more desirable effect.

This is the project MyProject.rar - Google Drive

Would anyone have some suggestions as to how I can improve this to make it easier to drag objects off the shelf towards the player? 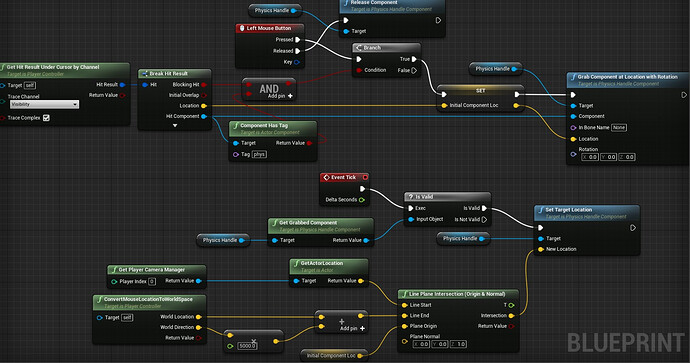 It can be improved further by adjusting the plane normal.

In short, imagine we create a virtual plane (facing up) where the picked object is, and we trace from the camera towards the mouse projected into the world. The desired location is where that trace intersects the plane.

This was exactly what I needed, thank you so much!